Food preservation has become increasingly popular. “When I first started working with the Master Food Preserver Program, sometimes we would get six people in a class,” Susy Hymas explains. “But by the time I left that position, we were overcrowded and would sometimes have 40 people in a class.”

Hymas has taught canning and food preservation in and around Whatcom County since 2007, teaching these skills through the Community Food Co-op, as the coordinator of the master food preserver program through Seattle Tilth. She also taught at Daylight Harvest Foods before it closed and at the food sense program at Bellingham Technical College.

Hymas explains that there are four types or methods of food preservation: “Canning, which is a funny word since it actually means jarring, then there’s drying, freezing and fermentation or pickling.”

Canning (or jarring) involves either water-bath canning or pressure canning. The method of choice is based on what a person wants to can, rather than which method they might prefer. “Pressure canning is designed to can low acid vegetables, meats and seafood, and it really is the only way to safely can those foods,” Hymas explains. “Water bath is mostly designed for fruits and quick pickles, jams and jellies.”

Regardless of method, cleanliness is key. It’s important not to introduce bacteria. “The advantage of water bath canning is that you’re going to know if those are spoiled [when you open the jar] because they’re going to mold or get a growth, and it’s not going to kill you, but it probably wouldn’t taste good,” says Hymas. “Pressure canning, though, needs to be done correctly because you can get botulism.”

And because you may not know before you ingest it, this is the method that can, with incorrect procedures, make people ill. “It needs to be done correctly,” Hymas says, “and I think that scares some people away.”

She tries to ease any worries. “Pressure canning isn’t necessarily harder, but you do have to know the tricks and the procedure,” she says. “People are afraid of it because they’ve heard stories about blowing up their grandmother’s kitchen. You do need to know what you’re doing. And you always have to start with cleanliness.”

There are plenty of resources out there to help. Hymas recommends the Fresh Preserving site by the Ball company for solid advice, or the USDA site. And for pickling, she loves the book Pickle Pantry or books by Sandor Katz.

Best practices do change, so an updated source is best. “It used to be that everyone was told to sterilize their jars,” Hymas says. “But now the rule is that you don’t need to sterilize the jar if you’re going to process for ten minutes or more.”

You’ll find a variety of delicious produce at the Bellingham Farmers Market for canning, freezing, drying or fermenting. “There are local growers that can provide good stuff,” Hymas says, stressing that good, clean produce is a must.

“I always tell people that you have to think about what you’re after,” she says. “If it’s something fun for a gift, then great; maybe you don’t mind spending a little bit of money. But if you just want it for yourself, to feed your family over the winter, you have to weigh the cost.”

Many farmers are happy to provide cases at a discounted cost or close-of-day bulk purchases. “There’s a lot of apples, obviously,” Hymas says. “You can make a lot of applesauce and a lot of apple butter for almost nothing.”

Right now, she says we could all be preserving “apples, pears and tomatoes. I also freeze a lot of things and can them later,” she adds. “I freeze my raspberries, and then make Christmas presents with them later. And pears make all kinds of wonderful things: pear chutney, pear butter, pear jam.”

In the spring and summer, we in Whatcom County have abundant access to blueberries, blackberries, raspberries and strawberries. The key is to consider the cost by talking to producers at the Bellingham Farmers Market, asking for bulk prices at Community Food Co-op, and looking for overflowing trees and fields.

If the act of canning or preserving seems daunting, there are also pre-preserved local goods available at the Farmers Market and Co-op. Here you’ll find everything from canned blueberries to various pickles, and even dried salmon or frozen foods. So, if you’re intimidated by canning or are short on time, you can still gift or enjoy the preserved harvest of an abundant Whatcom County growing season, conveniently saved in a jar. 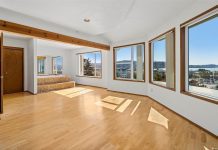 John L. Scott’s Lee Rosales on Buying and Selling in a Shifting Market 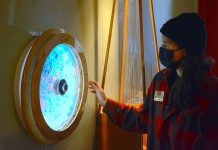 Open Your Mind to Mindport 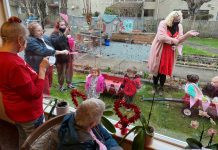