I met Joe about six years ago at the Mount Baker Hill Climb. It used to be a bike ride/race from Glacier to Artist Point on State Route 542 held the Sunday after Labor Day. At the time I did not realize Joe was “Unicycle Guy.” I had witnessed a unicyclist on Lakeway previously but did not get a good look at him to determine if it was the same person. Indeed it is the same person.

After writing about “Naked Bike Guy,” Lee Becker, a few requests came in for me to find the “Unicycle Guy” – thanks Justin and Kristina! Well, with a little bit of help from friends and the Mt. Baker Bicycle Club, I found Joe. In our small bubble of Bellingham, it’s no surprise that Joe used to commute to work with Lee Becker in times past. They both worked at WWU for a spell. Joe also performs the shirtless riding technique except when temperatures are below 25 degrees Fahrenheit. Brrr!

In 1984, Joe bought a unicycle for his kids to play with. Joe tried it out, but he never really learned how to ride it. Over the years, he did all sorts of construction work, requiring heavy lifting and strenuous physical labor. In 1996, he found a job with WWU and moved to Bellingham. His position at WWU became a desk job scheduling and planning construction. In 2002, Joe was diagnosed with high blood pressure. He was 25 pounds heavier and his doctor wanted him to go on medication. Joe had a different idea. He trained in his garage on the toy unicycle between a car and a wall and within a few weeks was riding 40 feet on the street in front of his house. Soon, he was riding the toy unicycle two miles from home, to the park and back.

While on a vacation in Canada, he bought a 24-inch diameter (wheel) unicycle and learned to free mount it as there were no mailboxes or other handy places to help him get up on the unicycle. In 2003 Joe started commuting on his unicycle to work and hasn’t stopped for more than a day or two ever since! The Whatcom County Bike to Work and School Day (typically in May of each year) helped him start. It was during this time that he also commuted with the legend, Lee Becker (aka Natural Lee or Animal Lee or just plain Animal as I’ve come to understand).

His 24-inch unicycle was eventually run over by a car but luckily he jumped out of the way. Since then, Joe has had seven car to unicycle accidents in 15 years. One of the accidents involved rear ending the back of a minivan and sliding down the back window. (Describing this, Joe had his hands up like a cat clinging to a screen door.)

His progression from a casual unicyclist to a serious one started when Dave Walker of Soft Rock Café dared Joe to ride the Seattle to Portland (STP) bicycle classic in 2004. Joe made it to Centralia but discovered he had blood in his urine and should have visited a hospital emergency room. He wisely did not finish. But he persisted. His doctor told him to max out at 40 miles. A few weeks later, Joe unicycled from Snohomish to Bellingham (70 miles) and Bellingham to Fort Langley, BC (50 miles) the following day. It was at that point that Joe and his wife Lana got a trainer involved. They hired Charlie Heggem (also the producer of the Silver Lake Time Trial and Mt. Baker Hill Climb) to be a private fitness coach as he already taught spin classes.

Joe has since completed the now defunct Silver Lake Time Trail, the Mt. Baker Hill Climb and the STP in 2005, 2006 and 2007. In 2008 Joe entered to race the only unicycle stage race in the world which happened to be in Nova Scotia. There, while crossing a railroad track, he crashed and broke his knee. His wife Lana drove him back to Bellingham in four days while Joe had his knee suspended in a half-inflated beach ball. They arrived in Bellingham at 3:00 a.m. in time for a 10:00 a.m. appointment with an orthopedic surgeon. In pre-op, his doctor told him he’d be lucky to walk again. Wanting to find a better doctor, Lana, his wife said, “Let’s get outta here!”

But Joe went ahead, having surgery with this same doctor. His doctor installed six screws and a steel plate to repair two fibula sockets and reconnect a tibia fracture. The doctor then said no more unicycling or running. By 2009, Joe had completed a physical therapy regimen and could walk again.

Low and behold he was also back on his unicycle and tried to complete the STP in one day. Due to weather and fighting his 43-inch wheel with a headwind, he didn’t finish in one day. He was in tremendous pain and the injured side of his body kept showing signs of bruising. However, he did finish the STP on the second day. He also completed the Cougar Mountain Hill Climb and the Mt. Baker Hill Climb that same year.

In 2010 he did the STP again and finished the ride in 24 hours at dark with a fellow unicyclist. They celebrated at Lloyd Center with an alfresco Italian dinner. Mission accomplished!

In 2011 Joe had the plate and six screws removed. The screws were found to be set too long and protruded out into his muscles and skin, causing internal bleeding that resulted in the bruising of his foot below his bad knee.

Since 2011, he’s tried to ride in six to ten races a year. He rides at category two single speed level which is usually a 15 to 30-mile course. He organizes an annual free unicycle event on Galbraith Mountain and Chuckanut Park.

It becomes obvious as to why he rides a unicycle to work. “Because I can!” he throttles. The doctor that said he shouldn’t unicycle anymore has changed his tune and now thinks he should continue to do it. While his body is worn out in places from decades of heavy construction work, he can ride a unicycle as he doesn’t need a handlebar (he has carpal tunnel and a bad rotator cuff) and it’s better on his back (constantly using his core to balance). He has since learned to juggle while riding and when it’s dark likes to juggle lighted balls WHILE riding a unicycle.

During a winter commute home from work, a car with a couple of kids in it stopped next to Joe and one of the kids yelled, “juggle man!” He couldn’t, as he was balancing on the stopped wheel. Then he heard a shot and a sting on his butt. He’d been shot with an air rifle. He quickly threw his unicycle in front of the car and called the police. A car behind the car in question stayed in place effectively holding the car in place. One of the kids got out of the car and ran away. Soon after the police arrived, they sent another police car to wait for the escaped kid at his home where he was confronted and apprehended.

Joe gets a lot of attention while commuting to work. We do his route together (me with jacket and two wheels). He waves to the coffee stand barista, a bus driver and a pedestrian waiting for the bus that he knows by name. He knows many people on his route to work and home. He’s had to greet some many times before he got a nod back. But it’s worth it for Joe. “They watch your back and I watch theirs,” he announces.

Joe’s passion for unicycling is obvious. Riding to work and back for 15 years in all weather, entering races, setting up rides and races and persisting through difficult injuries is inspiring. What a marvelous example of persistence and passion for life. Next time you see Joe, give him a wave. 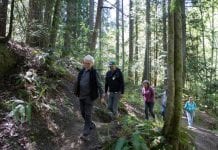 Amidst COVID-19 Concerns, It’s More Important Than Ever to Get Your Daily Dose of Nature 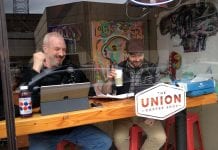 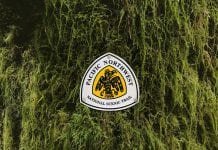 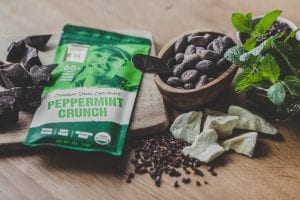 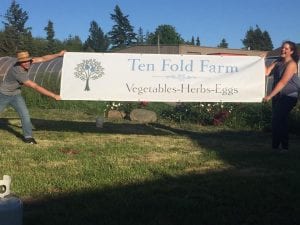 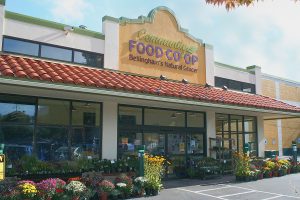 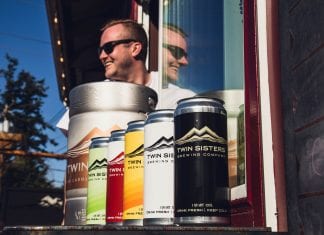