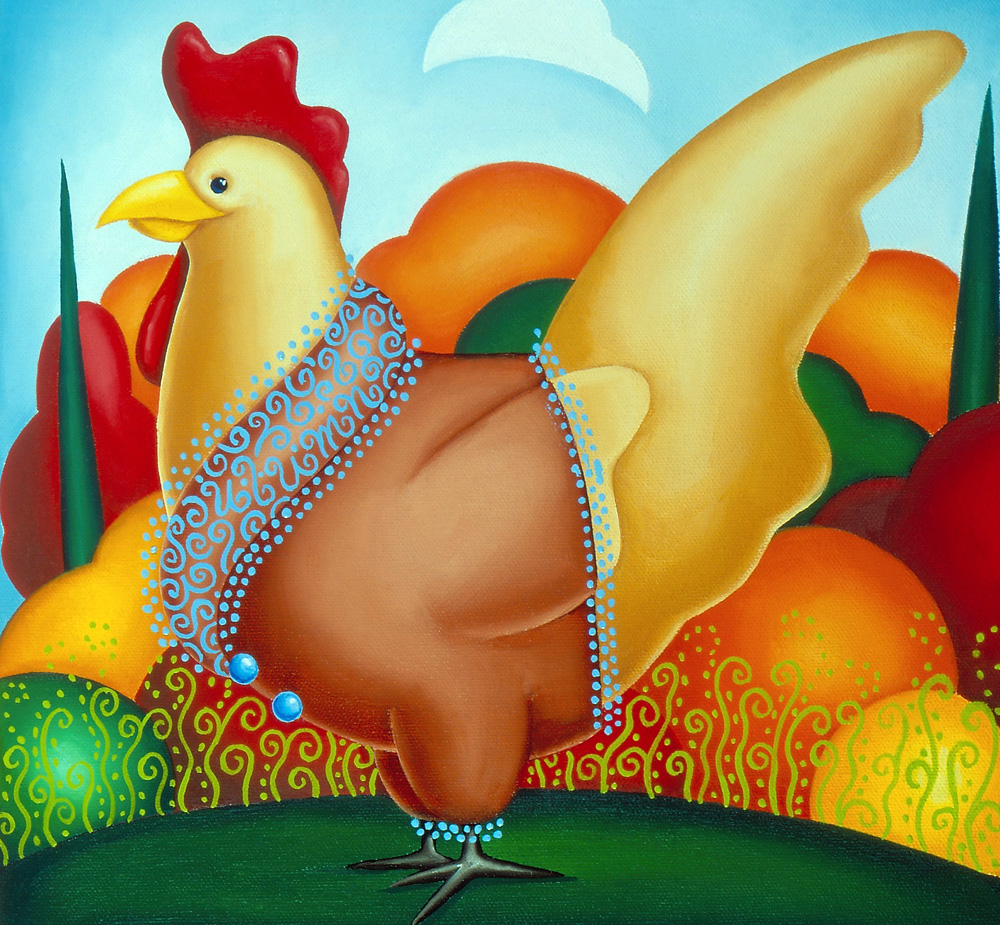 With all that’s occurred in the recent past, there’s a good chance you haven’t had the chance to attend a good old-fashioned chicken-themed community festival recently. You’ll be glad to know that the Fairhaven Association is taking steps to remedy that situation. And Connie Shannon, who dreamed up the event, is happy to make the announcement.

Shannon joined the Fairhaven Association in 2004, when she and her husband Gene bought Fairhaven Village Inn. “It was obvious from the beginning that there was a group of merchants who had a lot of pride in the area, and a lot of pride in their relationships with the community,” she says. “There was an opening on the board of the Fairhaven Association, and because the Inn has a pretty big footprint—physically, and also business-wise—it made sense to have representation from the only hotel in Fairhaven.”

The association focuses on keeping Fairhaven vibrant, both for the people who live and work there, but also by attracting visitors from all around Whatcom County—and beyond. This new event will join the association’s other popular celebrations, such as the wine walk and Winterfest.

“The new event grew out of the [idea that] we really have to do something,” Shannon says. “COVID set us back, but we did not quit. We used every resource we have and considered the entire time how we could support one another.”

All that was needed was a creative spark to get things moving. That spark happened to be a travel show Shannon saw on television. “I think the traveler was in rural Austria—very rural, very simple lifestyles—and he was asking a local, ‘What do you do for fun around here?’ And the local said, ‘We have a very important festival every year. We invite our neighboring towns to bring their goats over to our town and we have a little goat show,’” Shannon says. “Everybody has goats to clear their yards and hillsides, and for milk and for food, so they have judging contests, and celebrate everything related to goats. And I thought, ‘Man, I wish we had something like that here!’”

The last piece of the Chicken Fest puzzle fell into place as Shannon made her way around Fairhaven itself. “My friend Rebecca, from Rebecca’s Flower Shop, and I walk through the neighborhoods just about every morning, and we were noticing that a lot of people have chickens. I thought, ‘We don’t have goats, but we do have chickens,’” Shannon says, and the rest is history-in-the-making. “I took the idea to Scott Ward, executive director at the association, kind of hoping that he would think I was nuts. But he didn’t, and immediately many, many residents and businesses in Fairhaven thought it was just the coolest idea.”

If you don’t know what to expect from a Chicken Fest, you’re not alone, but the association has been hard at work figuring that out.

“It’s developing as we speak,” Shannon says. Participants can register their chicken and identify the neighborhood it will be coming from. Registered chickens will be invited to come and show in front of judges. “Some of them will identify the best feathers, or the best attitude, and then there will be a couple of serious judges. I don’t know if you’ve ever seen show chickens—they’re amazingly fabulous-looking creatures, much different than our perception of a regular chicken.”

Chicken Fest will be held on Saturday, October 16th, from noon until about 5 p.m. on Fairhaven’s Village Green.

Picture games and a carnival atmosphere—and of course everything will be chicken themed. The Bellingham Ukulele Group will play, and an instructor will be on hand to make sure everyone can participate in the Chicken Dance. There will also be a costume contest, and a game mysteriously called Funky Chicken.

“And we’re having what we’re calling the Rubber Chicken Scavenger Hunt,” Shannon says. “Rubber chickens are going to be placed in certain locations throughout Fairhaven. And there will be a Prize Coop that you can go into and collect your prizes.”

From the silliness of dancing like a chicken to the seriousness of bringing together community, Chicken Fest appears to have something to offer to everyone.

“Just about everybody has a chicken story in their life—their grandma or their aunt or their neighbor had chickens,” says Shannon. “But a lot of us don’t have the opportunity to see a chicken up close, see them do their thing, strut around and interact. Based on the sponsors who are signing up to help, and the volunteers and vendors, there are a lot of people who are interested. I can’t imagine us not doing this annually.”