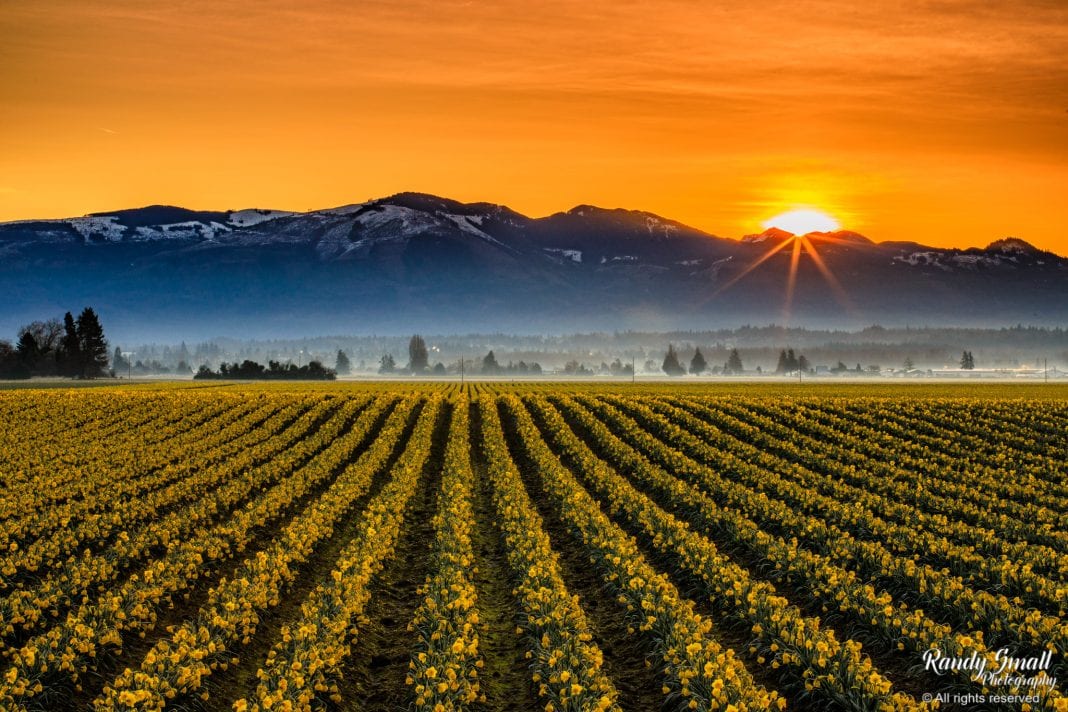 Randy Small is his kids’ coach, with three games this week. He’s a pastor, always preparing a sermon. He’s a budding photographer, who has drawn a following. He’s also a weather forecaster—and this fact, somewhat surprisingly, links to everything else.

Instead of simplifying, this Lynden resident expands. He is both a positive, enthusiastic person and one who is deeply organized. While the pandemic time has been difficult for many, for Randy it “hasn’t been a lot of bad.”

The son of a pastor, Gary Small, Randy took over his father’s Lynden church, Liberty Fundamental Baptist Church, so Gary could travel and help other pastors. Today, Randy is married to Judy and they have three children. Being a pastor involves the stress of counseling, in addition to creating sermons. He admits it is far from easy at times. Developing his hobbies has helped him create beauty and manage stress.

The self-taught photographer started on his journey several years ago as a means to illustrate his weather reports. He says his first efforts with a point-and-shoot camera weren’t too impressive, but he found a Canon Rebel camera with three lenses at a garage sale for just over $100. He sat at the library and started reading, and then experimenting. He eventually moved on to a higher grade Canon EOS 80D.

From all that study and testing, Randy has created an ever-growing library of vibrant images focused on nature and the effects of wind and storms, snow and ice—from sunrise to sunset. In 2020, he followed Comet NEOWISE night after night and created several calendars to sell to his followers. One image made the news in nearby Canada when NEOWISE went over Abbotsford and he caught it. He couldn’t go into Canada, but his lens could.

KOMO’s Scott Sistek, who works behind the scenes as a digital meteorologist and blogger, gave Randy his first big break by featuring one of his photos. In March of 2016, Randy stopped alongside the Hannegan Road to take a photo of the Twin Sisters mountains. Having not yet learned to lean strongly on composition, he didn’t realize until later that he’d also captured a quaint barn in the shot—by accident.

It was an “aha” moment, and a turning point. Randy set to learning composition, and now shares his knowledge with youth and those interested in classes offered through the Whatcom County Library System and local schools.

He says he owes the success of this hobby to a mixture of curiosity, willingness to learn, and the advent of social media. Randy joined Twitter in the fall of 2009, became an avid follower of weather folk such as Storm Chasers, and was then able to leave his 20-year part-time job at Perry Pallet to focus on his Whatcom County Weather Facebook page.

During the pandemic, people staying home were getting bored and buying a lot of puzzles. Randy didn’t initially plan to create and sell puzzles featuring his photos, but the requests came in, and he obliged.

Sales began almost a year ago and continue strong, with Randy supplying calendars and puzzles to four local stores: Yeager’s in Bellingham, the Green Barn and Connections Christian Store in Lynden, and Rome Grocery on the Mount Baker Highway.

Several years ago, Randy held an open house to meet his core social media followers in person and was surprised to greet nearly 100 guests, rather than an anticipated 30 or so. Since then, many of these folks have shared their appreciation of him by helping fund his weather work via their version of a “Go Fund Me” campaign for several years in a row.

Since his college degree did not include these current skill sets, he’s connected with and learned from prominent weather forecasters and photographers online. Randy has also assembled a support team from his family. His Dad’s twin sister, Karen Coleman, relocated to Lynden and provides graphics and bookkeeping on a voluntary basis. His wife’s sister, Laura TeVelde, helps run errands and has taken over developing his website and creating new photo gift ideas, including photo coasters. Photos are also available online at and he sells his photos digitally for use on websites.

“Neither of us has much business experience,” he says of Laura and himself. Bill Harmon of Christian Connections Store has given guidance, and Randy gets help from family, friends, and new friends he meets along the way.

The Facebook page has brought him almost 21,000 fans, some of whom recognize him when he takes his camera out to catch those early morning and late day shots. The photos might include quaint older barns or farming activities. (He keeps lists on his phone and picks locations to visit the night before.) The resulting images get posted online, and then shared again and again.

Randy doesn’t want to disappoint folks, which helps explain how he put 5,000 miles on his van last year. Some of these fans have invited him to their private property on dead end roads, in the middle of fields, and along lakes to catch that “better view” of mountain vistas at alpenglow or full moons. The more clouds, the more colors.

Randy says he’s nowhere near finished learning and growing. “I want to take better pictures, come up with new themes and new compositions.” And you can bet plenty of folks will be watching in anticipation for what he creates next.