Prolific local photographer Tore Ofteness, known for his aerial shots of the Pacific Northwest, recently debuted his first bound collection of photographs, A Higher Perspective. Presented by the Village Books publishing arm, Chuckanut Editions, Ofteness’ treasury of images meanders at birds-eye from the Cascade Mountains out to the Salish Sea. His images share a familiar repetition, where it becomes clear what Ofteness finds beautiful and worthwhile. “I discovered one day that my pictures are kind of like a music. There’s a main theme and supporting elements, but importantly there’s a rhythm to them, a visual rhythm,” he explains.

For Ofteness, the aerial perspective has been the main focus of his photography. At 18, he joined the army and began training as an airplane mechanic based in Europe. Shortly after, he bought his first camera and has now been taking photographs for over 50 years.

Ofteness’ photos are an extension of his academic interest in history, where he can use his camera as a tool for objective record keeping. A particularly striking shot shows the aftermath of the Whatcom Creek pipeline explosion in 1999. It’s a swath of ruddy, scorched trees, broken by a ribbon of water as seen from above. It’s a hard but beautiful image, an abstraction of a painful moment in our community’s history. From his commissioned work of industrial construction, to his personal shots of cityscapes and farmland, Ofteness believes, “I’m recording history, living what’s there and documenting it.”

Ofteness has a large collection of commissioned work, and I wondered where the differences lie when he takes pictures for his own pleasure. “It’s the same camera and the same eyeballs,” he explains. “Construction progress photos are not very imaginative. They don’t need to be and you don’t want them to be. It’s a record for the job and the banks that lend them money to do these projects.”

But he was quick to share a particular photograph, taken of the construction of the Tacoma Narrows Bridge. It shows a ship from above, passing beneath the bridge at an angle, topped with bridge deck sections that were to be hoisted up and attached to the bridge’s suspension cables. The color of the sea water backdrop perfectly complements the orange sides of the ship. The meaning was clear, that Ofteness’ eye for composition made an image more than just a construction progress shot for his client. It became art.

Some of Ofteness’ more abstract and beautiful images are of the Nooksack River Delta and Bellingham Bay tidal lands. The rivulets carving their ways from shore into the murky sea water look like paintings. From Ofteness’ humble perspective, they were opportunities that presented themselves at the right time. “The airport runway ends there. I just took pictures when taking off and landing,” he says simply. “Sometimes I’d use the air time going to or coming from a hired job to take my personal photos or rent the plane for an extra hour. Sometimes I’d hire a plane just for the sake of doing it.”

This was the case for Ofteness’ collection of full-moon shots. He was contracted to take a picture of an airplane over Mount Baker and it happened to be a full moon that evening. The pictures he took then turned into a personal project to capture the full moon of each month rising over the mountain. “It’s taken me 23 years of trying to get all the full-moon photos, and I still need two more,” he relates of his missing January and June shots. “There are two full moons this January and the timing isn’t right for either of them. The sun has to set about 20 minutes after the moon starts to rise in order to get the alpenglow and the full moon at the same time above Mount Baker.”

Ofteness has amassed a lifetime’s worth of shots. Deciding which ones to include in his first book was no easy task. “Tore gave us a large compilation of those photos that he couldn’t live without, and we had the luxury of choice,” says Brendan Clark, Village Books publishing director. “Paul and Kelly, two of the owners of Village Books, and I went through all of the material that Tore provided us with. It was a culling process based on how thick of a book we could afford. It was sometimes difficult to make those editorial choices because it was all incredible photography.”

Chuckanut Editions focuses on publishing mostly local interest non-fiction. Depending on the project, much of the editing and design work is done in-house. Chuckanut Editions also utilizes a local book bindery. “As print-on-demand technology has evolved, costs for publishing have gone down, making it a more accessible option for independent authors,” says Clark. Authors who would like to learn more about Village Books publishing program may contact publishing@villagebooks.com or check out the resources available on the bookstore’s website.

From first formulation to final print, Ofteness’ project took seven months to complete. He continues to take pictures and even sees the possibility of putting together a collection of his black-and-white images. He says of his photography and time in the sky, “I love the perspective, it all comes back to that.” 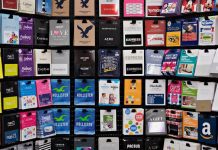 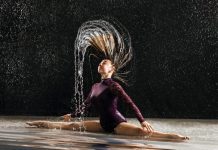