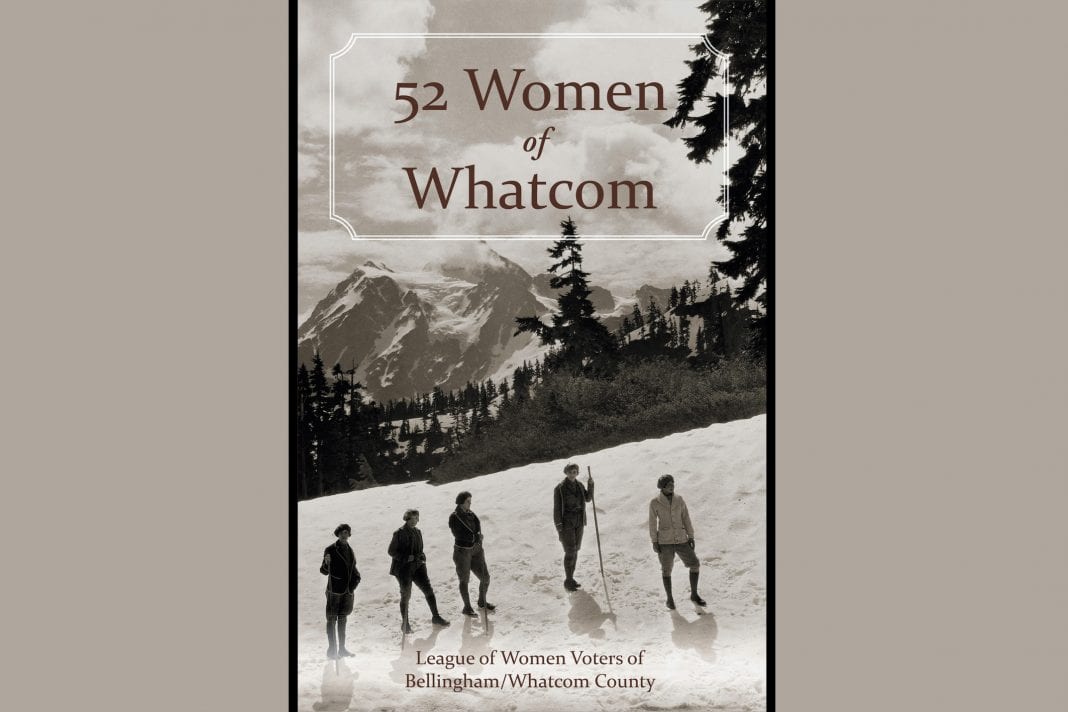 52 Women of Whatcom celebrates the work of 52 local women who dedicated, and continue to dedicate, their lives and work to positive change and the betterment of their communities. This collaboration between the League of Women Voters of Bellingham/Whatcom County and Village Books contains 52 profiles of incredible women who were pioneers in their fields and was born out of the League’s weekly feature in Cascadia Weekly. They are a testament to the strength and passion of Whatcom County, as well as a guiding light for future generations.

The book honors the 100 years that have passed since women were granted the right to vote in the United States, as well as the 100th year anniversary of the League of Women Voters. Jayne Freudenberger, the League’s Climate Change Chair, says, “In the beginning of this process, we got together a committee and asked people to name some people you think should be in this book. Of course, we got hundreds of names. We learned so much about what people were doing in Whatcom.”

All the people who collaborated on 52 Women of Whatcom feel grateful to have been a part of the process, and hope that it inspires those who read it. “It made me proud of Bellingham,” Freudenberger says. “I would tell the next generation of women to follow their passion. Each of these women in the book had one, and some didn’t find one until later in life, and they did wonderful things with it. It’s never too late to start.”

Cascadia Weekly was inspired by the project as well, and featured one of the women each week. Then the pandemic hit, and the League was left wondering whether the project would get the audience it so deserved. That’s where Village Books, and their publishing imprint Chuckanut Editions, stepped up.

“We felt so strongly about the women that we took it on as a Chuckanut Edition,” says Kelly Evert, co-owner of Village Books “The women in it are so amazing. On top of trying to get the 19th Amendment passed, they opened hospitals and schools and colleges and museums. From the pioneering ladies at the beginning all the way through modern times, it’s pretty incredible.”

The enduring impact of these women’s work galvanized the entire Village Books team. “A lot of our Chuckanut Editions focus on local history but are also exciting to read now,” Evert says. “There’s a timelessness to this book that appealed to us, and the publishing team was really excited about it. We love telling local stories.”

Chelanne Evans, the publishing coordinator with Chuckanut Editions, is quick to agree. “It was pretty inspiring to realize that Bellingham even has a League of Women Voters. It’s been a real joy to see the community come together for a project as big as this. I hope people see a new side of Whatcom County, a huge swath of history they maybe hadn’t thought about before.”

For example, everyday Bellingham landmarks might have a story to tell.

“I’ve always been interested in the YWCA because I drive by the building downtown a lot,” says Evans. “I didn’t know the history well, but a lot of ladies in the book were tied to that organization. It was really cool to see how big of a bastion that was for women to gather and make positive changes in the community.”

One woman featured in the book is Deborra Garrett, a judge who received the Washington State Bar Association’s local hero award. Garrett began her life as a lawyer in Whatcom County in 1979, at a time when there were few female lawyers in the community.

Garrett and her colleagues formed their own chapter of Washington Women Lawyers. “At first, our meetings were pretty formal, but we soon realized it would be more fun if we had meetings as potluck dinners at someone’s house,” Garrett says. “That’s what we did, and it turned out to be wonderful. We were all struggling to fit in. We were able to put aside the competitive nature of the law and talk honestly and sincerely about ourselves, our lives, our cases, and our questions. It was hugely valuable.”

That experience, among others in her illustrious career as both a lawyer and a judge, has given Garrett a sense of perspective she appreciates. “People are most effective when they work together,” she says. She appreciates that many professions, including her own, are benefitting from a more diverse workforce. “The influx of women into the legal profession has humanized it and changed how a legal system works in a civil society. The changes have been very much for the good, in my view.”

Kate Kershner, another League of Women Voters member, has a similar view. “I hope that future generations see how collaborative most of this activism was,” she says. “I hope that people can look at this book and see it as a kind of a blueprint.”

With Election Day around the corner, the book’s publication couldn’t be more timely. “I don’t consider advocating for women’s rights a political issue,” Freudenberger says. “It’s part of our Constitution. Women have made such progress throughout the years, and they translated that into political power. I expect the next generation will be even further ahead than we are.” 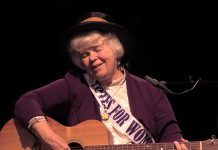 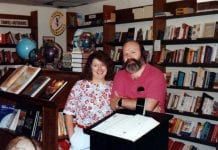 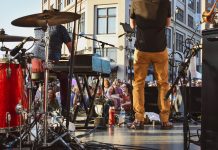