Chuck and Dee Robinson, well-known booksellers long active in the industry, are offering a large collection of first editions, many of which are signed or inscribed, advanced reading copies, and book ephemera in a 10-day auction that will benefit the Book Industry Charitable Foundation (Binc).

Personally inscribed copies have sometimes been deemed less valuable than those that are just signed. However, Ken Lopez, former president of the Antiquarian Booksellers’ Association of America, says this “when you buy a signed book you are purchasing a signature, but when you buy an inscribed book you are getting a story.” There are many stories here, some in the inscriptions themselves.

The Robinsons have been big fans and regular donors to Binc for some time and Chuck currently serves on the Binc board. Chuck’s earlier fundraising effort for Binc was a cross-country bicycle ride that raised more than $22,000.

Binc is a nonprofit that coordinates charitable programs to strengthen the bookselling community. Since its inception, the organization has provided more than $9 million in financial assistance and scholarships to more than 9000 families. Since March of 2020 Binc has provided more than $2.7 million to booksellers, bookstores, and comic book stores impacted by the COVID-19 pandemic.

The auction will run from August 7th through August 16th. Anyone may participate by using this link: https://www.32auctions.com/BooksforBinc and registering. All proceeds will be donated to Binc. 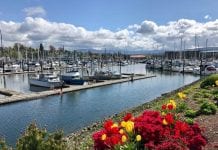 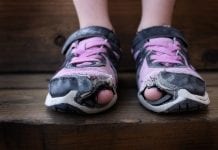 Have You Asked the Question: ‘Why Would Kids Need New School Clothes When They’re Not Even Going Back To School?’ 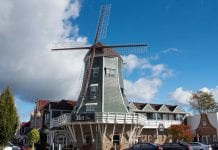 Have You Asked the Question: ‘Why Would Kids Need New School...