Immersing yourself in a foreign film is like crawling through a window into that culture. It’s an exercise in empathy, a chance to see through the eyes of artists half a world away. At least, that’s how far you’ll be taken when you see a film in the Pickford Film Center’s Cinema East series—the new moniker for what has long been known as its Masters of Asian Cinema series.

This November marks the program’s 10th anniversary. To usher in its eleventh year, the Pickford Film Center (PFC) has changed the name slightly, a nod to the ways the series has organically morphed; it now screens more contemporary films from new directors who’ve not earned the title of “Master” just yet—though they’re well on their way.

Jeff Purdue, series curator, is all too pleased with the opportunity to share his favorite films at the Pickford Film Center (PFC). “My favorite part is being able to watch them with an audience,” he says. “Even under ideal home viewing conditions, there’s no way you can enter into the film like you can [in a theater] with 35 people or so. That is just sublime.”

What started as a grant-funded collaboration with the Pickford has grown over time. There’s a regular audience in attendance, and thanks to the informed introductions before each film, a knowledgeable one too. “We have a sophisticated audience for Japanese and Asian film that Jeff has cultivated,” says PFC Executive Director Susie Purves. “That’s something that maybe doesn’t exist in other cities this size, or in cities without a significant Asian population.”

When the program began, it was known as Masters of Japanese Cinema, with most of the films coming from the classic era before 1960. Over the years, Purdue wanted to expand beyond the island borders of Japan. He began honing his interest in the film cultures of Taiwan, Hong Kong, mainland China and Korea. “As much as I love classic Japanese film, I wasn’t as engaged with their contemporary offerings,” he says. Hence the first name change to Masters of Asian Cinema. Now dubbed Cinema East, attendees can look forward to an even wider array of moving films from older and newer eras.

It’s not ironclad, but Purdue tends to show a lot of humanist dramas, with the work of Yasujiro Ozu being the perfect example. His films are characteristically delicate and definitive of classic Japanese cinema. “I have a real taste for slow moving films centered on ordinary people,” Purdue says.

This season’s Cinema East opens on November 23 with a special screening and accompanying live score of an obscure Ozu film, Dragnet Girl. Shot in the early 1930’s, it’s an outlier in the Ozu canon. For one, it’s a gangster film. It’s also a silent piece. There are visual elements to it that are distinctively Ozu, but it remains a unique film from that era.

When it comes to having a glimpse into another culture and another time, Dragnet Girl is an opportunity for both. A thread runs through it where you’re seeing a pre-war, contemporary Japan overlay and move alongside a traditional Japan.

“The characters will come home and take off their western office clothes and replace them with their traditional garments,” Purves says. “It’s almost a privilege to be able to look back and see how people move, to see how people relate to each other.”

If you’re hesitant to sit through a silent film, perhaps the accompanying live performance will motivate you otherwise. To have a live score offers another way into a film that’s often from an era so distant as to feel foreign in and of itself. “Silent films can be somewhat opaque, and to have a score that’s carrying you along and almost punctuating the film, makes it a really exciting adventure to go on,” says Purves.

If there was an original score for this film, it has since been lost. In its stead, Nashville-based electronic group, Coupler, wrote their own. They are touring their performance with the film along the West Coast, with Bellingham being an early stop.

Dragnet Girl is just one of the monthly selections from the series, which runs through June. While the Cinema East series celebrates its tenth year, it’s worth mentioning some of the other series the Pickford screens concurrently—all of them the perfect way to spend an easy couple of hours in the doldrums of winter.

Kid Pickford, the rebranding of the beloved Family Matinee series, focuses on sharing classic and memorable children’s programing. For the holiday season, PFC will screen a Moomins film. The Moomins are preciously animated creatures who find themselves on innocent adventures, often with a subtle social commentary. “Their charm lies in their simplicity,” says Purves. “It’s a great show for families with young kids.”

PFC also offers a newer program, its Third Eye Cinema series, showcasing favorite cult films shared by PFC staff. Have you ever wanted to watch a Norwegian Christmas horror film? Keep an eye out for when they screen Rare Exports . And as always, PFC projectionist Steve Myers continues with the wonderfully kitsch series, Rocket Sci-Fi Matinees.

Regardless of which series draws you in, we’re lucky to have a local theater that offers such diverse and thoughtful programing. “To me, the Pickford is the best cultural institution in Bellingham,” says Purdue. “It is such a privilege that they let me keep coming back and sharing film. It feels very special to me.” 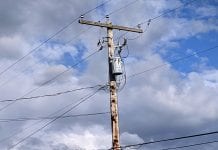 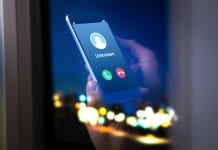 It’s well known that businesses like to give back to the communities they operate in. CPI Plumbing & Heating has found a way...