Alejandra Castillo has served in two U.S. presidential administrations, worked in the U.S. Congress, and practiced as a lawyer in various settings. Currently as CEO of YWCA USA, she serves its network of 210 associations and 2.2 million women and girls across the country. On May 10, 2019 she will be the keynote speaker for the Bellingham YWCA’s 25th Anniversary Leadership Power Breakfast at the Four Points by Sheraton.

The popular local event is a fundraiser for the YWCA’s emergency and transitional housing program for unaccompanied women in crisis. It will be held from 7 to 9 a.m. at the Four Points by Sheraton. A minimum $50 donation is requested at the event. For reservations call (360) 734-4820 or email katie@ywcabellingham.org by April 26 to ensure seating.

Castillo will speak on the topic: “We are the leaders we have been waiting for.” She began her tenure with YWCA USA in 2017. Previously, she was appointed by the Obama Administration in 2014 to serve as the national director of the Minority Business Development Agency (MBDA), becoming the first Hispanic-American woman to lead the agency. Under Alejandra’s leadership, the agency enhanced the growth and global competitiveness of minority business enterprises (MBEs), securing financing and capital in excess of $19 billion and creating or retaining over 33,000 jobs.

In early 2016, Alejandra launched MBDA’s Inclusive Innovation Initiative (I3) in collaboration with the National Institute of Standards and Technology and the Federal Lab Consortium. I3 is a bold program designed to promote technology transfer and lab-to-market commercialization of government research and development supporting STEM education, workforce development and entrepreneurship, and to forge important strategic stakeholder relations and key public-private partnerships in the technology and innovation arena.

Prior to joining the Obama administration, Alejandra served as the executive director of the Hispanic National Bar Association (HNBA) headquartered in Washington, D. C., advocating for diversity in the legal profession and civil right protections for underserved communities. During her tenure, she was instrumental in working with the White House and non-profit organizations, such as the Latinos for a Fair Judiciary, in support of the nomination and confirmation of Supreme Court Justice Sonia Sotomayor.

During the Clinton administration, Alejandra served as a senior policy advisor at the White House Office of National Drug Control Policy, where she was responsible for developing key initiatives on drug prevention and treatment programs as well as anti-drug trafficking, interdiction and anti-money laundering policies.

Alejandra considers herself an example of the American dream. Her parents both immigrated separately to the United States from the Dominican Republic, where they had lived under the oppressive Trujillo dictatorship. They settled in New York City, where her mother found work as a seamstress in the New York garment industry and her father as a janitor. The two met in New York, married and had three children, and later opened a grocery store in the Bronx. In her teens, her parents had a romantic notion to return to their native home in the Dominican Republic. However, once there, they discovered that they had become Americans and quickly realized that the U.S. was their true home. Her family is now third-generation Americans and second-generation college graduates. Thanks to her multi-cultural upbringing, she is fluent in English, Spanish and Portuguese.

The mission of YWCA USA is “Eliminating Racism, Empowering Women.” This is reflected in the activities of the Bellingham YWCA, which provides emergency and transitional housing for one of the most marginalized subsets of the local homeless population—unaccompanied women of all races, facing a crisis, alone and unsheltered. The organization’s historic Larrabee Residence provides short-term emergency housing for 9 women at a time and longer-term housing and support services for 27 more in the transitional program. The 36 bed-facility is the largest program in Whatcom County dedicated exclusively to the special needs of unaccompanied women in a safe, clean and sober environment. The 2018 Whatcom County Homeless Point-in-Time Count reported 76% of all homeless households were unaccompanied persons, and 33% of those (146 individuals) were women.

“This is a critical service in our community. Unaccompanied women are a significant portion of our homeless population, and have the smallest percentage of financial resources dedicated to help them,” said Bellingham YWCA Executive Director Laverne Lane. “Our generous donors are what make this program possible.”

The Larrabee Residence was built in 1915 with funding from Frances and C.X. Larrabee. The building is sturdy, but aging and repairs are frequent. The Bellingham YWCA is currently in process of implementing a $112,785 grant from the Washington State Department of Commerce Housing Trust Fund to make important upgrades to the 104-year-old YWCA building at Forest and Maple Streets.

Bellingham YWCA has also been named the 2019 Charity of the Year by the Whatcom Women in Business organization.

“We are so excited about the recognition by WWiB, and thankful for their members’ dedication to improving the lives of local women,” said Lane. 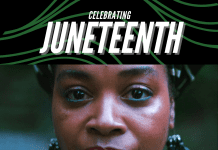 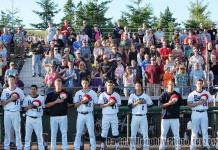