The Lemon Club is a national student-run organization. It was started by a young girl named Alex who battled brain cancer as a young child. At age four, as she was being treated at the hospital, Alex decided she wanted to help other kids with brain cancer the way that she was being helped. At this tender young age, she set a goal: to have a fundraising lemonade stand when she got out of the hospital.

Her older brother helped and together they raised $2,000, donating it all to brain cancer research. The tradition continued year after year and eventually, others around the country followed her lead.

A few years after Alex started her lemonade stand, her cancer worsened and, at age eight, the young girl tragically passed away.

However, news of her lemonade stand made its way throughout the nation. Schools all around the country participated to support Alex’s work.

The Squalicum High School chapter of Lemon Club recently held their lemonade stand at both the Girls’ and Boys’ home basketball games. In addition to lemonade, this group included baked pastries to raise more money for brain cancer research. They have found it to be incredibly successful in raising money for Alex’s Lemonade Stand Foundation. Each year, this stand has become more popular at Squalicum and donations have increased. All of the proceeds are given to the foundation to help brain cancer research with the hope of finding a cure.

Squalicum High School’s Lemon Club is one of the most popular activities at the school. The number of participants increases drastically each year. And they’ve gone above and beyond. In addition to raising money for Alex’s Lemonade Stand, they also select a global and local cause to support each year.

Funds for these projects are raised through a variety of different ways. For example, in 2017, they threw a dance to raise money for people in Haiti dealing with the horrific hurricanes. Many more fundraisers have been planned to support different causes.

This year, Squalicum’s Lemon Club decided to focus on the Agape Home. This organization shelters women with children who are trying to improve their lives and build a secure future. They take in individuals who have been victimized, abused, suffered from addiction, and who ultimately need hope.

The Agape Home provides women with a safe living environment, food, self-help classes, childcare, support and management help. Squalicum’s Lemon Club chapter had a strong desire to support this cause.

One approach the Agape committee used was to surround the school in flyers, asking for personal care products the Agape home needed. The list included pads, tampons, toilet paper, toothpaste, deodorant, diapers, undergarments and more. Bins were placed around Squalicum High School for students and faculty members to donate any spare, unused products they had lying around the house. Students in the committee spoke about the cause in assemblies and have plans to continue supporting the Agape Home in any way possible.

Club members are currently planning to raise money for the shelter by hosting a trivia night at Squalicum High School. There will be a fee to participate, which will go to the shelter. This will be a fun and creative way for students to help raise money for a good cause. They have high hopes that this will raise an immense amount of funds for the cause.

No matter where they branch out, the heart of the club is Alex’s Lemonade Stand Foundation. After all, it’s called “Lemon Club.” Because of what she accomplished in her short lifespan, other associations are now enjoying student-led support. Lemon Clubs across the nation are working to accomplish Alex’s main goal: to help children battling cancer and support research to find a cure. 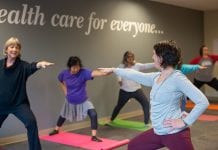