Submitted by: The Port of Bellingham

The Port of Bellingham invites the public to attend an Open House to learn about proposed changes to the Waterfront District Master Plan. The Open House will be held Wednesday, January 17 from 3:00 – 7:00 p.m. at the Granary Building, located at 1208 Central Avenue in Bellingham.

This event will provide an opportunity for the public to get an update on recent progress in the Waterfront District and learn more about proposed changes to the Master Plan.

The Port and City approved a Master Plan for the Waterfront District in 2013 which established the location of future roads, parks and view corridors, but anticipated changes as development progressed. The Port Commission is evaluating two new options for improving public access through the downtown waterfront and would like to hear from the community before making a decision.

The Open House will include several breakout information stations where attendees can engage with representatives from the Port, City of Bellingham and Harcourt to ask questions, learn more and provide comments and feedback to inform this process. Community input will be considered by the Port Commission before it makes a decision on the preferred park and road layout.

The Open House is part of a series of public outreach events to inform the community about proposed changes to the Waterfront District Master Plan. The Port Commission is also encouraging community input at upcoming Commission meetings on January 16 and February 6. Commission meetings are held in the Harbor Center Conference Room, 1801 Roeder Avenue with regularly scheduled public comment periods at 4:30 and 5:30 p.m. Written comments can be submitted by email to waterfront@portofbellingham.com. 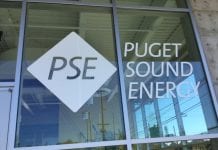 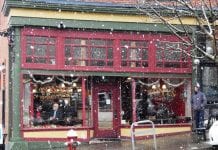 The Magic of Winterfest — and SNOW?