Home Everyday Whatcom Women: Alma Alexander—Home is Where the Heart is … Or Is...

So what happens to your heart when your country of origin has been obliterated from the world map, the atlas, even the globe? Your home town doesn’t cease to exist, but the world has erased it from their collective memory.

Having experienced the breakup of Yugoslavia in the 1990s, Alma Alexander could empathize with the plight of refugees who find themselves suddenly adrift: Unable to return to their homes and struggling to acclimate in a new place that may not be rolling out the proverbial red carpet.

“This does not mean I ceased to love it – this is the ground where the bones of my ancestors are buried, where their ghosts walk yet if such things can be; this is the place where the river I love so much runs eternally between shores of mud and thistle and weeping willow, the place where a sliver of my spirit lives still, lives always. And I understand, on that visceral level, what it means to be forced to leave a place one calls home.”  ~ Alma Alexander

Alma is an internationally published, award-winning novelist who also happens to be an ordinary neighbor in Sudden Valley doing something extraordinary. Alma’s literary efforts are in the Sci-Fi world, yet one critic commented, “These are actually books about what it means to be human.”

Since we’re all human and certainly see and feel the pain of those around us; what can we possibly do when we feel helpless to alter the global scheme of things?

“There comes a point where you think about your existence as a human and wonder what you can do for others who are also human and it doesn’t matter if they come from four different quarters of the world or believe in 10 different gods,” Alma explained. “We all have the same flesh, bone and sinew, and the same color blood. And we all die if we’re not cared for.”

Alma turned to other writers whose work she admired and created a Crowdfunding effort to raise funds to publish an anthology of work on refugees and their painful immigration. The proceeds–in their entirety– are earmarked to support The International Medical Corps and the Center for New Americans.

“Most of us feel so inadequate when we see a big movie star who can donate a million dollars to a cause and most of us don’t have enough to even make a dent,” Alma pointed out.  “All we can do is offer the things that we’re good at, that we can contribute.”  For Alma, it’s her writing and that of her peers.

Children of a Different Sky may be pre-ordered before it’s formally unveiled as an e-Book at the Orycon in Portland.

The overview of this book says it best:

The time has come for the stories from the darkness, from the ragged edges of silence, to be given a voice, and the help that is needed – to shine a light into some of the most painful conditions that a human being can endure – the almost impossible to comprehend existence as an exile. “Children of a Different Sky” presents these stories to the world … and collects donations which will be passed on to organizations working to help the dispossessed human tides of our era.

“Steve Jobs was a refugee and he was turned away from America at one point. How do you like your iPhone?” Alma asks. “You never know that kid who was turned away might go to medical school and cure cancer or that woman who might not live to give birth to someone who might do that.  Some old person who you give a few last good years to might inspire someone to do that.

“All of us carry some spark of greatness in us somewhere even if it’s just enough to inspire someone else to do something big.” ~ Alma Alexander

“The more people I tell about this, the more I’m fulfilling the pledge I made to myself that I’m going to do something to help,” Alma added. “We’re all the same ball of wax moving around the sun that’s melting underneath us. You do what you can, when you can and hope for the best.”

Stay here – the sun of a foreign sky will never warm you like this one in your own heaven
Bitter is the bread in that place
Where you’re among strangers and not amongst your brothers.

We, who were born under that sun, understand. There is no place like home, after all. 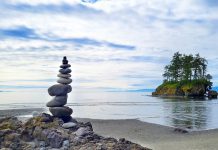 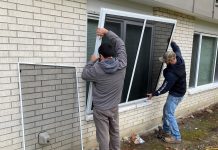 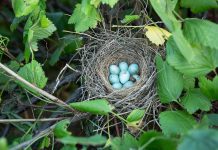