Home Everyday Michael Jaross – For The Love Of Bees

Michael Jaross is a melitologist, someone who can walk into the center of thousands of bees without so much as a hesitation or a bee suit. This is the super-power of seasoned beekeepers, those who’ve developed fearless deep respect, keen observation skills and a quiet mind capable of intuiting bees’ behavior. “Each hive has a personality,” Jaross remarked. Therefore, he keeps log books to jot down his observations of up to two dozen hives. Even in the midst of a swarm, the bees pay no mind to his gentle countenance or experienced hands.

Wherever in the world people have migrated, bees have come too. Although not native to the Americas, Jaross says there are four or five honeybee species currently residing in North America. Genetically traceable bee species were first brought from Europe to the east coast of the United States nearly 400 years ago. Apis melifera carnica, a sub-species Jaross has come to prefer, are gentle and good at surviving Whatcom winters. Commonly known as Carniolans, these bees are gentle but prone to swarming. To enjoy their advantages Jaross says, “You have to really know what you’re doing.” Over the last thirteen years, he’s worked diligently to understand the microcosm of these domesticated animals and their secret world.

After years of apprenticing as a glass blower (three years of which were spent in Sweden during the 1980s), Jaross learned the importance of seeking out masters to apprentice with and the benefits of hands on, experiential learning. A couple of his glass works are still displayed in the American Crafts Collection at the Renwick Gallery at the Smithsonian American Art Museum.

When he finally retired from glass blowing, he decided to fulfill his boyhood fascination with bee keeping. Growing up in a small town, the local library’s bee keeping journals captured his early imagination and compelled him to later explore one of nature’s most delicious mysteries. Compared to the experienced bee keepers of Whatcom County, some of whom have kept bees since way before the golden age of honey, Jaross is a mere novice. “I pieced together mentorships from different, older and very experienced bee keepers in the area,” he says. But to those in the county who call on him for annual bee consults and troubleshooting, he’s become the master he once sought to study with.

As an urban homesteader, Jaross testifies to the importance of giving a little boost to pollination in local soil often layered with clay. “Since time immemorial, the answer to increased pollination is keeping bees,” he attested. He cans with honey, cooks with honey, gives some back to the bees and uses the rest as an income source to offset the inordinate amount of time he devotes to keeping the bees alive throughout the year and to, “support the habit,” of beekeeping.

Jaross began keeping a hive or two in his backyard, but gradually expanded. “There’s nothing intuitive about keeping bees,” he said. “They’re alien critters completely unlike any animal we keep for livestock or as a pet. The learning curve is long in order to keep bees productively, so they help you out and you can keep them alive, because keeping bees alive is not an easy thing to do in this day and age.”

For the past five years, he’s volunteered to lead Western Washington University students in the art of beekeeping. Every Saturday from April through the end of October, at the campus’ Outback Farm, he educates students and the public alike, producing some of the best honey around.

Most novice beekeepers receive a box of bees in the mail from a distributor in California, begin a colony and perhaps get through the summer, only to have their bees die when the weather turns cold. Jaross says, “Bees are livestock. When you keep bees in a box for your own benefit, they become livestock and not wild critters, and they should be treated with the same respect. Whatever level of stewardship is required for the bees to thrive, Jaross wishes to impart his knowledge so as to enable new beekeepers with optimal success.

Jaross remembers buying his original box of bees – 15,000 bees and a queen. He hasn’t bought another box since. “I made it my business to keep the bees alive and to practice bee keeping in as sustainable of a way as I can,” he said. What he didn’t know then, and teaches now, is what a steep learning curve that includes.

He didn’t foresee just how Zen the art of bee maintenance would be or how deep his own understanding would evolve as a result of observing the subtle and delicate balances of bee behavior. Jaross imparts, “You have to completely retrain your way of seeing. Just as a surgeon has to train their eyes to see and react to things that we don’t normally see in everyday life, it’s the same with bees.”

The fact that bees can stay alive under the conditions humans have provided still amazes Jaross and impresses upon him the importance of educating the next generation. Join him and many other amateur and master beekeepers on a mission to pollinate and respect the bees, one flower at a time. 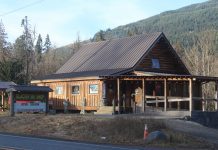