This summer, The Eldridge Society (TES) will celebrate the 18th season of the Elizabeth Park Concert Series. Nestled in the beautiful Columbia neighborhood, Elizabeth Park is surrounded by Madison, Washington, Walnut and Elizabeth streets. The concerts are sponsored by TES in partnership with Bellingham Parks and Recreation.

By the time the summer concert schedule is announced every spring, hours have been spent organizing, soliciting bands, and screening them for “family friendly fare.” Coordinating the various schedules and varieties of genres takes weeks. In fact, the search for summer music happens all year. Bands from all over the region submit to be considered. Bands apply from as far as the midwest. Never heard and familiar local bands are solicited by the concert organizer.

You might recognize Leroy Carlson sitting front and center. He is always wearing a hat festively adorned with hand made turtle shaped pins and magnets. Affectionately nicknamed “The Turtle Guy,” Leroy and his wife Ann have attended nearly every Elizabeth Park concert since the series started.

Here’s a bit of trivia: You can find him selling his handmade turtles around town, at the Community Food Co-op, and often on the corner near the Saturday market. He sometimes gives them away. In the past three years, he proudly says he has donated “100% of the money received” totaling more than $10,000. He gives to local non-profits like the Bellingham Food Bank and to causes to help the people of Haiti and Japan. Leroy feels very empathetic to needy people, and wants to help whenever he can.

Also a regular to the concerts is Meredith Murray. Currently, Meredith makes her home in the Columbia neighborhood, but she used to “commute in” from Sudden Valley. Meredith says that the concerts in the park give her a place to dance and a sense of community. She reminds concert goers to buy a meal, a beverage or a dessert and support the local food vendors who are also neighbors.

Historically, the concert series was funded in majority by monies raised during the Eldridge Society home tour. Since that fundraising event ended, a bi-annual neighborhood garage sale was started in its place.  This year, the garage sale is slated for June 20. Participating families will have their addresses printed on a neighborhood map which will be available on the Eldridge Society’s website. There will also be copies of the map available at the participating homes.

Peter Roberts, president of TES, told me that in the early days, he and his then-elementary school aged daughter would walk around the park with a donation jar during the concerts. A few years ago, someone came up with the brilliant idea to create a four foot high tip-gazebo that is always placed prominently in front of the stage, and kept under watchful eye of Peter who sits nearby. The performers are asked to remind concert goers to support the concerts by throwing a dollar or two into the gazebo.

While attendance at the concert series has been pretty stable, the nest egg of TES has been dwindling. Last year, the concert organizers offered to guarantee a spot to the band that solicited the most donations. Summer of 2014 was the first time in recorded history that the concert series actually paid for itself, said Jani Adderly, TES treasurer.

In December 2014, 80 invitations to interested bands were sent out. Half of them responded with their desire and availability to perform at any given time during the ten week period. And one spot was already promised to bandZandt, performing on July 30 after they were invited back for successfully bringing in the most donations last year.

Producing a balanced mix of music with a focus on family friendly, community based performances is the challenge, but a very rewarding one. Over the course of the past 17 years, many local bands have performed Elizabeth Park more than a few times.

A few returning bands have not played the park in a while. The Offshoots open the season on June 25. Bellingham Dixieland All Stars (August 13) and Happy Valley Sluggers (August 20) are also returning. Old timers will not be disappointed if they are itching for the familiar. Marimba returns to the park after a few years of absence when Kuungana takes the stage on July 16. Community favorite, The Atlantics, will close out the season on August 27.

There are also four bands scheduled for their first visit to the park. Whatcom County’s Joy Ride (July 9), D’Vas and Dudes (July 2), Rattletrap Ruckus (July 23) and Nuages (August 6) have been playing at various venues around town, and will surely delight those who have not had the pleasure to enjoy their music.

You don’t need to sit in a chair or on a blanket or bench to enjoy the music. Folks walk the path, greeting friends they haven’t seen all year, or just come to dance.

You can find more information about the bands on the TES website and on the Elizabeth Park Summer concert Facebook page. 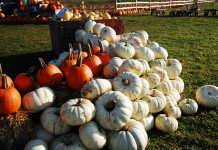 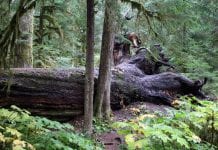 Building community one book at a time is the mission of Whatcom County’s largest independent bookstore, Village Books and Paper Dreams. Anyone...