To someone who’s attended Raven’s Roots Naturalist School, a wetland is not just a wetland, and a mountain is not just a mountain. These are ecological systems that this person can walk through, naming plants and animals and the connection between the two. This person can walk up to a flower and know its name, the conditions in which it flourishes, and maybe even its medicinal uses.

That’s because Raven’s Roots is known for its self-reliance programs, where participants learn how to develop a deep relationship with the natural world, using skills such as wildlife tracking, bird language and behavior, ethnobotany, wild foraging, permaculture, homesteading, wilderness survival, primitive skills, and wild-crafting.

Gabe Garms, co-founder of Raven’s Roots, was initially inspired by his experience growing up in the Midwest.

After he completed the year-long program, Garms continued on as a teacher. However, he had a vision for ethnobotany and tracking immersion classes he wasn’t able to do at that school—and Raven’s Roots was born. “We turned six years old in March,” Garms says. “We’ve been growing. I think with COVID, people are looking to get out and learn new things.”

“The truest form of activism is not buying the products and services corporations are offering,” Garms explains. “We’re all about self-reliance in the context of community.”

That activism goes hand in hand with a humility that inspires “nature connection.” Garms describes his first wilderness survival situation as a powerfully transformational experience. “You’re really on the same level as all the other wildlife. You can’t get up and go to a store. You have to conserve your energy and be efficient with everything you do. It’s incredibly humbling. It gives you a profound appreciation for the birds. They’re constantly looking for food, being hunted. It gives you respect for them.”

Garms is passionate about equipping the next generation with the tools they’ll need to love and steward the planet. “They’re the generation that’s going to make big environmental changes,” he says. “We have to get kids to like birds!”

Garms and his fellow educators at Raven’s Roots aren’t just teaching about birds. Their programs are some of the most comprehensive and thoughtful around. They’re known for their ethnobotany immersion programs. “Ethnobotany is basically everything to do with plants,” Garms explains. “Plants can be medicinal, or can be a food or dye crop. They can be beneficial for pollinators or wildlife. We use plants to become self-reliant.”

The teachings at Raven’s Roots change people’s lives, creating lasting change in all those who learn to walk in the ways of humility and respect before the natural world. Garms recalls a particular participant whose life and legacy cemented his belief in the importance of this work.

“I had a student, his name was Paul,” Garms recalls. “He took all my classes. I never knew what he did for work, but he was a really nice guy. We used to take him on walks and teach him about plants. All of a sudden, his job took him to Washington D.C.”

That wasn’t the end of their connection. “I didn’t know that Paul had really bad Crohn’s disease and suffered from severe chronic pain. Western medicine failed him, and he took his own life. His mom contacted me to tell me, and then she called a month later to say he asked me and Phil [the other co-founder] to pick the place in Washington to scatter his ashes.”

Garms remembers the experience as being one that reminds him why this work is so important and meaningful to so many people. “He left us a significant amount of money to grow our campus,” Garms says. “He had so many people in his life, and was an executive at a company in Washington D.C. We never knew. It’s profoundly affected me.”

His connection with Paul gave Garms a renewed reverence for the work that he, and others, were doing at Raven’s Roots. “It’s really rewarding,” Garms says. And self-reliance, in its truest form, is accessible to all and always in the context of caring for, and growing, resilient communities. 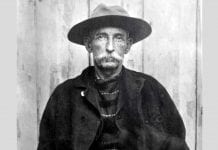