Generally speaking, the difference between “house” and “home” is a matter of places versus people. Listings on the National Register of Historic Places acknowledge both places and the people who passed through them. In Bellingham, historic houses that exemplified Late Victorian architecture were home to city founders and prominent citizens.

Still other houses remain homes, now as a century before.

A historic district that was once a separate town, Fairhaven features several Victorian-era red brick buildings and distinguished mansions.

Gamwell House (1001 16th Street) is one of Bellingham’s most elegant Late Victorian homes. Working in insurance and real estate, Roland Gamwell commissioned architects Longstaff and Black from his native Boston to construct the home in 1890. Gamwell House features stained glass windows, a three-story oak staircase, and other woodwork by Italian artisans from Seattle. Gamwell House incorporated the most modern plumbing, electricity, and heating available, and some trees from Gamwell’s nursery survive today.

The Dr. William H. and Frances C. Axtell House (413 East Maple Street) has hosted apartments since 1926, befitting its long history of community building. Frances Axtell was one of the first women elected to the Washington House of Representatives and nearly became a United States Senator. Built in 1902, this Classical Revival style home hosted politicians, suffragists, and other prominent local personalities until Axtell moved in 1942.

When viewing these houses, kindly respect private ownership to ensure their preservation for greater posterity. 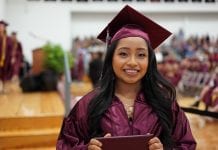 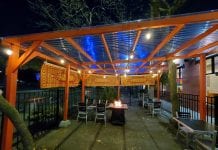 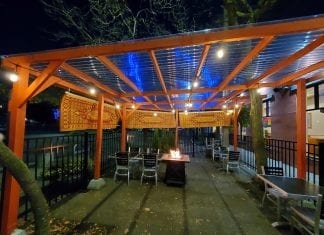 The allure of Mediterranean cuisine comes from its medley of spices, fresh ingredients, tradition and history. Recently, these enticing ingredients found...