Each year, the Bellingham Regional Chamber of Commerce awards seven individuals under 40 in Whatcom County who have shown and continue to show incredible initiative and stewardship for their communities. Finalist Matt Paxton is an attorney working to manage risks for governmental agencies in Whatcom while dedicating himself to community work and volunteerism.

“I am an attorney at Chmelik Sitkin & Davis and I’ve been practicing law for about nine years,” says Paxton. “I was born and raised in Mount Vernon and went to school at Western. In my professional career, I primarily focus on employment and construction disputes, but I also volunteer.” Paxton is the president of Whatcom Dispute Resolution Center (WDRC).

“As part of the WDRC, we provide a lot of services in the community for people that can’t afford traditional legal services,” Paxton says. “The WDRC provides these services either for free or on a sliding scale of what people can afford. Most recently, we had a pretty large undertaking when it comes to residential evictions. We were directed to provide mediation services for residents who were at risk for being evicted.”

As an accomplished attorney, Paxton has clearly made a difference throughout the community. “Recently, I was promoted to principle at the law firm, which is an indication that I’m becoming a part of the management or senior leaders in the organization,” says Paxton. “Externally, I’ve had a lot of success for my clients. I think the first few years of my career were focused more on litigation. Since moving up to Bellingham four years ago — I used to practice in Seattle — my practice has been focused more on advice and helping clients focus more on regulations or how to avoid disputes altogether. I do that for a lot of governmental agencies, and we represent a lot of port districts and fire districts and I measure my success in how many disputes I’ve avoided. I make sure risks are managed appropriately.”

Paxton has sat on the board for the WDRC for the past two years. As president this year, Paxton has tried to focus on improving employee retention and satisfaction. “We’ve really grown quite a bit in the last two years and it’s not really possible without the employees,” Paxton says. “We are a service-oriented nonprofit and we want the people providing those services to be satisfied in their job and be paid well with benefits that allow them to have a living wage here in Whatcom County.”

Paxton’s passion for law and serving his community originated from watching his parents provide for and support their own communities. “My upbringing has been pretty important to me,” says Paxton. “My mother and my father were the big figures in my life. My father was an attorney in a small town, so he was more of an entrepreneur, and that really inspired me to go into a law career because it’s well-suited for someone who is hardworking and honest, which is something my father taught me. I view my role as a counselor; as someone to bring parties together. People think of the law as dispute-oriented and my approach is a little different.”

Paxton’s mother was a speech and language pathologist for the local school districts. “My mom taught me the importance of public service,” Paxton says. “She worked with kids with all sorts of different speech impediments, and she connected to making those kids lives a bit better. I’ve always tried to carve out time in my life to provide some sort of benefit to the community. When I was in Seattle, I volunteered with the Puget Sound Symphony Orchestra on their board. I’ve volunteered for the Street Youth Legal Advocates of Washington as the President of the Student Organization there and now, most recently, the WDRC.”

As a finalist for Top 7 Under 40, Paxton feels grateful and privileged to be recognized for his efforts. “It’s quite an honor,” says Paxton. “It’s humbling to see who else has been listed, it seems like an amazing slate of candidates and it’s really an honor to be considered among those people. It’s reaffirming that the hard work I put in professionally and in the community is seen and recognized.”

With term limits in place at the WDRC, Paxton is focused on leaving a positive legacy with the organization and he looks forward to furthering his career on a personal level, as well. “As an attorney, I think my goal is to become a part owner of the firm, to help the firm grow, as there is a lot of growth potential in legal services, especially in Whatcom County,” Paxton says. “I want to leave the WDRC better than I found it, and we’re still figuring out what that means. I won’t be on the board forever, but I’ll be involved in the community no matter what.”

An excerpt from Matt’s nomination form:“Matt has helped clients find creative solutions to the ever more complex legal environment in his practice areas including employment and labor, municipal law, and construction. This spring, Matt became a principal at Chmelik Sitkin & Davis. Matt also serves on the board of the Whatcom Dispute Resolution Center.”

Watch as the Bellingham Regional Chamber of Commerce reveals the winner of the Top 7 Under 40 Whatcom Young Professional 2022 Award! Celebrate with them and the final Top 7. Enjoy food, music, beer, wine, and networking while supporting the best and the brightest young professionals in our community. More information available here. 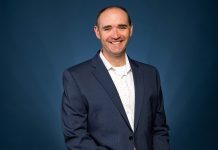 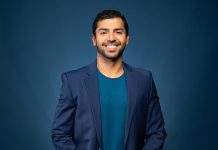