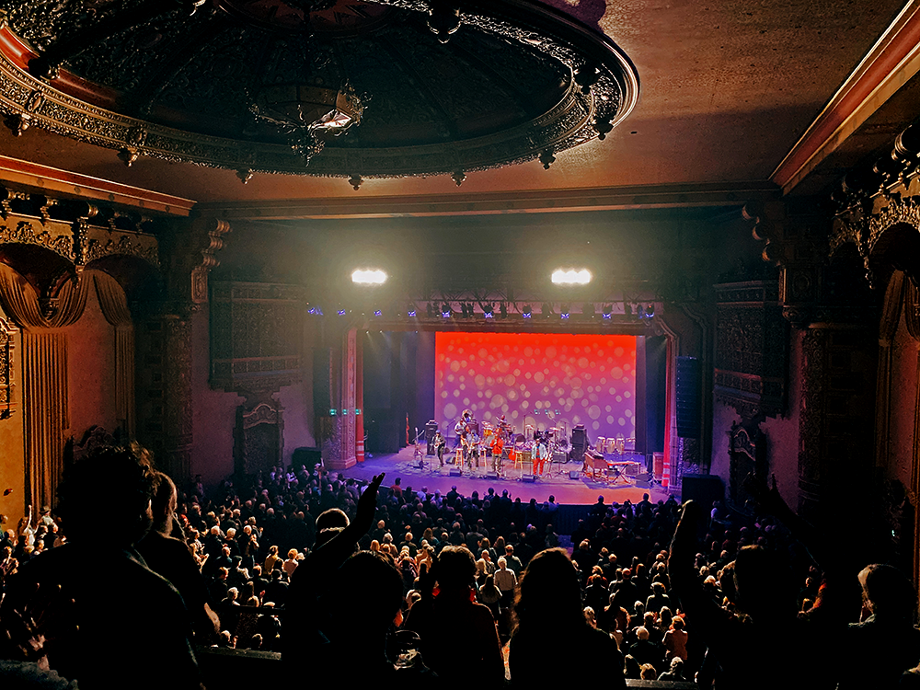 There’s nothing quite like the palpable excitement that comes with attending a live performance.

Whether it’s a comedian’s punchline producing uproarious laughter, a beautiful song echoing through a concert hall, or the words of a charismatic speaker, feeling the magic and human connectedness of an in-person show never gets old.

While the last couple of years have been fraught with pandemic-related struggle, the Mount Baker Theatre has been working hard to put together an incredible array of exciting, can’t-miss events for its 2022–23 season.

John Purdie, MBT’s executive director, says the theatre is excited to have an upcoming season that resembles a sense of pre-pandemic normalcy.

“We feel super good about where we’re headed,” he says of the theatre’s direction.

And while masks are no longer required, the theatre has a medical-grade air filtration system that purifies and freshens the air using ultraviolet light and chemical ionization — removing 99% of airborne viruses and germs to make MBT as safe as is possible in the COVID age.

Another return to normalcy comes in MBT’s ability to offer ticket package discounts for its upcoming season. Last year, the unpredictability of the pandemic meant the theatre could only offer ticket availability for one show at a time.

For those who have MBT memberships — which begin at just $50 annually — ticket package discounts also include additional perks.

“We’ve had a lot of members that stuck with us through the whole pandemic,” Purdie says. “One of the best benefits to being a member is that you get early access to tickets before they go on sale to the general public.”

For the upcoming season, tickets to the general public go on sale Saturday, July 16. For members, they’ll be available this month.

So, what of this new and exciting season?

“We have put together a broad range of shows,” says Purdie. “There’s something for everybody.”

This includes everything from fun, family-friendly spectacles to great concerts to a Broadway show and a major speaker.

Emmy-award winning comedian Wanda Sykes will perform at MBT on Thursday, September 8 at 7:30 p.m. Typically a comedian of Sykes’ caliber can’t be afforded as part of their regular season budget, Purdie says, as big-name comedians like Lewis Black are usually booked at MBT via theatre rental by their promoters.

In November, renowned journalist Bob Woodward — who teamed with fellow Washington Post reporter Carl Bernstein to investigate and report the Watergate scandal in 1972 — will visit the Mount Baker to speak on lessons learned from the 10 presidents he has written about during his career.

The event is being made possible by MBT’s collaboration with Village Books as part of its ‘Booked at the Baker’ series. Previous speaking engagements have featured Amy Tan, David Sedaris, and Alton Brown.

For the first time, MBT will also hold a New Year’s Eve party as part of its hosting of ‘The Illusionists’ — the popular Broadway magic show that features an ensemble of incredible magicians.

Regardless of what shows strike your fancy, Purdie says he hopes attending one of these performances refreshes your memory about the magic of live theater shows and the emotions they kindle within all of us.

“People love the theatre,” he says. “And the theatre loves the people.”