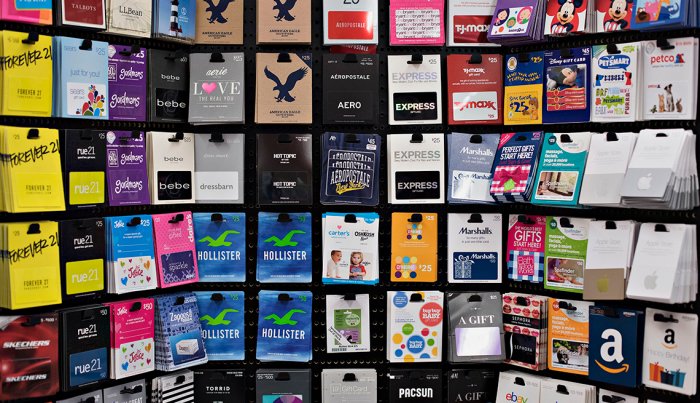 AARP of Washington recently asked a group of people to label the following statement as either true or false:

“It is always a scam when someone directs you to pay a debt or other obligation with a gift card such as an eBay, Google Play, or retail store gift card.”

Lieutenant Claudia Murphy, public information pfficer with the Bellingham Police Department, wants to help make the right answer perfectly clear to everybody. “If anyone asks you to pay for anything—bills, bail money, hospital bills, anything like that—on the phone, and asks you to buy gift cards, it is 100% a scam,” she says. “No one is going to ask you to pay a bill by using a gift card, it’s just not done.”

The police department has been working with AARP and others on a three-pronged approach to help keep people safe from these scams. The first step is to educate the public about the way the scams work.

“They’ll call you and tell you that you have to make a payment on something, or the insurance is running out on your truck,” Murphy says. “They’ll say your grandson is in the hospital and we need the payment right now to do surgery, or your daughter is in jail, and we need bail money for her to get out.”

These seemingly simple scams are actually quite sophisticated, and the fraudsters are doing everything they can to convince their targets. “Many of them do some research, and maybe they know that the grandson’s name is Colby, so they can say, ‘Colby’s been in a wreck.’ They give sufficient information and people really fall for it,” says Murphy. “Basically, they put somebody into a fight-or-flight state. Now they’re not thinking straight, and that’s what scammers want—to keep them on tilt.”

Once they have their target’s attention and feeling like they’re in an emergency situation, scammers put the pressure on to get the money quickly. They tell the target not to hang up, and direct them to a store to go buy gift cards from.

“Outside the store, the scammer will have them read the number off the back of the card and the phone conversation ends,” Murphy says. “Now that they’ve had a moment to think it through, they know they’ve been scammed. By then, it is absolutely too late—there’s no way to recover that money.”

The second prong enlists people in the age range of AARP members to help spread the word. “We ask the 45- to 65-year-olds to educate their young kids [who] are 20 to 25 years old,” says Murphy. “They buy food, pay their bills, go to class, and have friends online. So, if someone online asks them for money, they’re going to give it to them, because they trust things online.”

The younger generation isn’t the only demographic the AARP crowd can reach. “They also have parents in their 60s to 90s who have not lived their lives online, who might trust someone who says that they have missed jury duty and have a $500 fine,” Murphy says. “They have a feeling of responsibility for a grandchild in jail or in the hospital.”

Finally, Murphy sees another group of potential allies. “The third prong is getting the biggest companies online with us—Fred Meyer, Haggen, Lowe’s—all of the places where you can buy gift cards in bulk,” she says. “We want that group of people to understand that when somebody comes in, on the phone, and buys five or six gift cards, that you should send them to customer service. And have the customer service people understand that if you have a 75-year-old grandma standing in front of you on her phone, that’s a red flag.”

There are also new versions of these frauds that are designed to keep up with the times. “With the housing market the way it is, we have all sorts of scams about houses and apartments for rent that actually aren’t for rent,” says Murphy. “They imitate real rentals so that a person calls in, and the person on the other end of the phone says, ‘I’ve got 10 people who are looking at the place; send me $250 and I can guarantee you a showing.’ We’ve had multiple reports in the last few months where people have been out more than $2,400.”

The one thing that stays constant with scams is Murphy’s advice: “If you don’t trust it, or if you think it’s fake, just hang up.” And if you have been contacted by a scammer, you can let local police know online, or by calling their non-emergency number, 360-676-6911.

AARP offers another set of resources for education and assistance; its Tip-Offs To Rip-Offs page is an excellent guide to spotting fraudsters. Links to other regional pages, including Bellingham, list the top five most prevalent scams at the moment, and allow you to hear audio recordings of actual scam calls. The site also includes resources like the Federal Trade Commission’s phone number (1-877-FTC-HELP), a link to AARP’s Fraud Watch Network, and to other organizations that offer financial education. 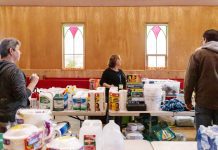