Building on its 2018 and 2019 Socktober campaigns during which more than 12,000 pairs of socks were donated to non-profit organizations serving homeless communities in Washington, Peoples Bank has once again reintroduced its sock-gathering effort. Donations of new, unopened pairs of socks are being accepted at all 23 Peoples Bank branch locations during the month of October. Peoples Bank will also donate one dollar for every pair of socks donated to each of the following organizations across the Bank’s six-county footprint:

According to a report released by the U.S. Department of Housing and Urban Development (HUD), homelessness across the U.S. grew by more than two percent between 2019 and 2020. Washington, however, experienced a 6.2 percent increase in homelessness during this period, the third-largest increase among all 50 states. This represents an estimated 22,923 people experiencing homelessness on any given day. Of that, 2,116 were family households, 1,607 were Veterans, 1,777 were unaccompanied young adults (aged 18-24), and 6,756 were individuals experiencing chronic homelessness.

“Because pairs of new, warm socks are among the most in-demand item for homeless shelters, we are asking people to purchase a few extra pairs of socks and bring them to one of our branches during October,” said Kamyar Monsef, Chief Retail Banking Officer at Peoples Bank. “We are so grateful for the community’s support of this campaign; it’s a small yet impactful way to make a big difference in someone’s life.”

Peoples Bank was founded 100 years ago in Lynden, Washington with a commitment to give back to the communities it serves. The Bank contributes financial support through grants and sponsorships, and its “Community Involvement Day” program offers eligible employees up to eight paid hours annually to volunteer their time, skills, and knowledge to improve their communities.

More information about Socktober can be found at https://www.peoplesbank-wa.com/socktober/. 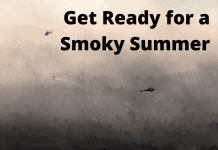 Now’s the Time to Prepare for Smoky Skies 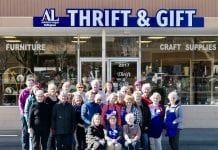 Assistance League of Bellingham’s Thrift & Gift Shop: See the Wide Variety of Treasures Inside…Join Us for a Tour 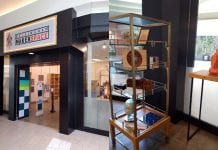