Submitted by the City of Bellingham, written by Janice Keller

Interim Chief Simon is a 30-year veteran of the department who most recently served as Deputy Chief. As announced last month, Bellingham Mayor Seth Fleetwood selected her to serve as interim chief upon the retirement of former Chief David Doll, whose last day was Monday, January 4, 2021.

“The significance of this day is not lost on me. I am proud to be the first woman to be named as Bellingham’s police chief, and it is a great honor to fulfill this role in the department where I have grown up and served for my entire law enforcement career,” she said. “I am proud to stand with the women and men of the Bellingham Police Department and continue to build the culture that has propelled this department to be one of the best in the nation.”

Bellingham Mayor Seth Fleetwood said he is grateful to have Simon’s experienced and capable leadership for the department during this transition.

“She is an experienced, capable leader, well known and respected in our community, and a strong addition to our department head team,” Fleetwood said. “I look forward to working with her in this role and in our search for a more permanent chief.”

Simon said she accepted the Mayor’s offer to serve as interim chief until a new chief is appointed, noting that she plans to retire in 2021. Fleetwood said she will be an integral part of a hiring process for a new chief.

Interim Chief Simon was hired as a commissioned officer in 1989 and rose through the ranks to become Deputy Chief in 2008. Her experiences within the department include patrol, special investigations, crisis negotiator, field training officer, DARE officer, bicycle patrol, investigations, and first-level and middle-management leadership.

She was the first woman to achieve the rank of sergeant, lieutenant, deputy chief and now chief in the Bellingham Police Department. She is a graduate of Western Washington University and the FBI National Academy. She currently serves as a board member of Bellingham Public School Foundation and the Whatcom Community Foundation, as well as being a member of the Bellingham Bay Rotary Club. 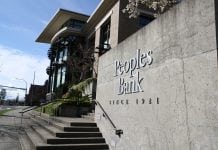 The Enduring Value of Community Banks 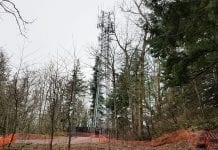 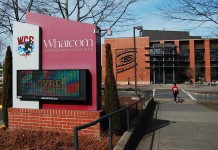