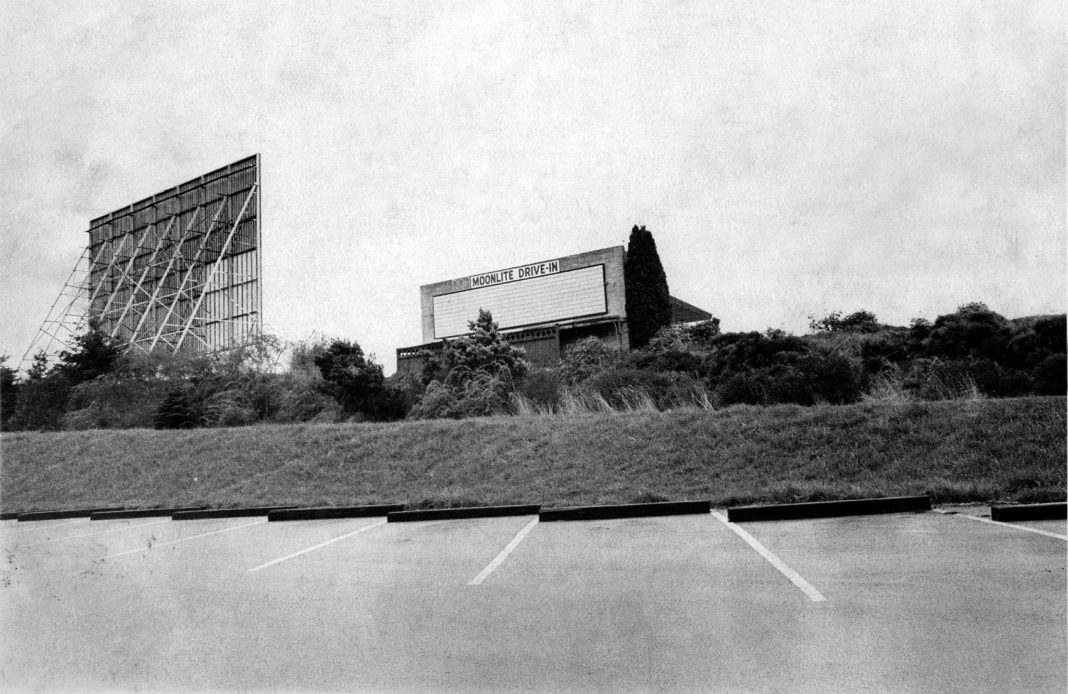 Growing up in Bellingham in the late 1990s, I have fond but fading memories of attending movies with my mom at the Samish Twin Drive-In. I recall cheap and plentiful snacks; the crappy speakers you’d attach to your window for movie audio, and later, the car stereo radio frequencies that thankfully replaced them.

While the Samish Twin is most remembered by longtime area residents, Whatcom County was home to several other drive-in movie theaters long since erased from the local landscape. Drive-ins played a pivotal role in memory-making for millions of Americans during the second half of the 20th century. Here’s a look back at our local drive-in history.

In Whatcom County, the magic of outdoor cinema was illuminated for the first time on the evening of July 14, 1948. The film “Captain from Castile,” starring Tyrone Power, Jean Peters, and Cesar Romero, graced the 37-foot-by-60-foot projection screen of the brand-new Motor-Vu Drive-In Theatre. It was so new, in fact, that it wasn’t completely finished, but still opened as scheduled.

An advertisement for opening night proclaimed “Your car is your castle—come as you are.” Admission to the film was 55 cents (with tax!) for ages 13 and older, 9 cents for children ages 10 to 12, and free for children younger than 10.

The new theater, located between Bennett Drive and West Maplewood Avenue, was the county’s only drive-in during its first six years of operation, and was quite popular. With room for 500 cars, the Motor-Vu also incorporated a few unique services for particular guests. Those with infants could have baby bottles warmed at the snack bar, and special parking spots for doctors were reserved near the theater’s exit, in case they had to leave for a medical emergency.

In addition to movies, patrons of the Motor-Vu also saw news reels, and cartoons were shown on weekends. The theater also provided a monthly guide to help moviegoers figure out which films they wanted to see. Eventually, the Motor Vu drew competition from other drive-ins and entertainment sources, and despite improvements to sound and projection, it closed in 1971 following a double-feature horror showing of “Willard” and “The House That Dripped Blood.”

After closing, the theater site was slowly reclaimed by vegetation, and today sits unused across from an ARCO gas station at the intersection of Bennett and Airport Drive.

The county’s second drive-in debuted the evening of July 11, 1953, with a fireworks display and showing of the musical “Show Boat.” The Moonlite, located near the intersection of Telegraph Road and Guide Meridian, was owned by Arnold Larson, the same man who managed the Motor Vu.

The Moonlite had a 60-foot screen and deluxe snack bar, and in 1972 became part of the theater complex known as “Cinema City”—joining the nearby Viking Twin indoor movie duplex. As time dragged on, the Moonlite lagged behind attendance of the Viking Twin, having limited months of operation plagued by weather concerns and late showtimes.

The Moonlite resorted to showing many B-movies just to stay in business, such as 1976’s “Squirm”—about a town infested by carnivorous worms. The Moonlite closed in 1978, and a decade later, the site of a large bulb farm across the street became Bellis Fair Mall. With its own six-screen theater, the mall put the Viking Twin out of business within a few years.

Today, the Moonlite’s location is occupied by the parking lot and shopping center of Meridian Village strip mall.

The only drive-in located outside of Bellingham’s city limits, the Holiday opened March 28, 1961, screening a double-feature of Disney films: “Third Man on the Mountain” and “Dumbo.” The grand opening had a special family night rate of $1 per carload, but deferred to normal 85-cent adult admissions the following week with showings of “The Ten Commandments.”

The Holiday was located just off the Birch Bay-Lynden Road exit of Interstate 5, along Valley View Road. A unique feature near the drive-in was a 12-foot-high treehouse constructed just outside the back edge of the property, about 200 feet from the projection building. Three Ferndale High School students—Allen Larsen, Don Cadman and Jack Randall—contacted the theater owners beforehand to get approval to build. When the project was picked up by the Bellingham Herald, the owners were happy to get free publicity.

That summer, the boys added some old car seats and ran wire, connected to a drive-in speaker, from the projection building to the treehouse, and watched movies for free. Fortunately for the theater owners, the boys were also frequent guests of the snack bar.

By the summer of 1976, however, the treehouse was long gone, and theater owner Frank Thibodeau wasn’t making any money. He began showing strongly R-rated films, some of which bordered on X-rated, and complaints followed. The county’s prosecuting attorney’s office considered filing an injunction against Thibodeau, arguing that, among other things, the large number of cars parked along Valley View was a safety hazard in the dark.

Thibodeau listened to the complaints, stopped showing controversial films, and closed the theater forever that year. Today, the site is privately owned and closed off by a padlocked, chain-link fence with barbed wire. The concession stand is now a private residence. The theater’s entrance sign, faded and dilapidated, still stands along the road.

In June 1972, The Samish Drive-In opened as a single-screen theater, showing the Charles Bronson film “Chato’s Land.” The Samish featured a unique set-up on its grounds, with a two-story building featuring a snack bar on the ground floor and radio station KBFW on the second. Owned by Seattle’s Sterling Recreation Organization, the company had theaters and broadcasting holdings across the West Coast.

In 1978, it was renamed the Samish Twin when a second screen was added at the opposite end of the property. Despite years of business into the early 21st Century, increasing costs made the business unprofitable. It closed in 2003, leaving Whatcom County drive-ins a thing of the past. The property sat vacant until 2006, when it was sold to Western Washington University for $2.65 million.

It’s now a university park-and-ride lot, but its layout still suggests its former use.

The Currents of Time

Washington State had more than 70 drive-ins theaters at its peak in the early 1970s. Across the United States, there were thousands. But today, with many decades of both social and technological advancement in movie viewing, drive-ins have mostly become a novelty from a bygone era.

As of mid-2020, our state has only five operating drive-ins; a book by local historians Wes Gannaway and Kent Holsather, from which much of this article’s information is gathered, estimates fewer than 350 left in the entire country.

But those still operating attract passionate fans. When Oak Harbor’s Blue Fox announced it might permanently close due to the state’s Stay Home order, crowdfunding efforts quickly gathered 83,000 signatures to obtain a state-approved waiver, keeping the Blue Fox operating for another season.

In a time of social distancing, pop-up drive-ins have emerged. Other drive-ins, like Port Townsend’s Wheel-In Motor Movie, recently held a high school graduation ceremony: proud families honked their car horns instead of clapping, and listened to speeches through stereos.

Today, the closest Whatcom County gets to recreating the drive-in vibe is with Fairhaven Outdoor Cinema, which operates each July and August in the Village Green space. Films are projected onto a white-walled ‘screen,’ and people pitch chairs and blankets to watch. A similar set-up also happens several times a year during Lynden’s Hot Thursday Nights and the Pickford Film Center has held an annual Rooftop Cinema series with films screened atop the Commercial Street Parking Garage in downtown Bellingham.

So while Whatcom County’s drive-ins are gone, they’ve left numerous family-friendly (and not-so-family-friendly) memories for those who experienced them. For many, the drive-in movie theater remains an enduring symbol of youth, innocence, and seemingly endless summer.