Over the last several months, Phillips 66 has done its part to support the community during the continuing COVID-19 pandemic. From direct funding to critical supplies, Phillips 66 has stepped up to ensure Whatcom County has what it needs to combat the challenges of the unique time we’re all living through.

“Our Ferndale Refinery has been part of this community since 1954, and we like to give back,” says Brandi Civico, the refinery’s community relations coordinator. “This pandemic has affected everyone in our community one way or the other; we’re thankful to be able to provide some support and assistance during this crisis to help those who need it most.”

In addition, Phillips 66 employees filled roles within the county’s Unified Command structure in departments such as logistics, planning, safety, and more. Their collective efforts accounted for more than 400 hours of volunteer service.

John Gargett, deputy director of the Whatcom County Sheriff’s Office division of Emergency Management, says these donations show how our area’s major industries can make a significant difference in response efforts. The software support enabled the EOC to create a website for centrally housing Whatcom-based COVID-19 information and resources for the public.

“We value the relationships we have built over the years,” he says. “It is important for the EOC—and for our community’s response and resiliency—to have this important software tool.”

In mid-April, Phillips 66 continued its support with a $50,000 corporate donation, part of the $3 million total the company donated to COVID-19 relief efforts across the United States and United Kingdom.

Half of the $50,000 went to the Whatcom Community Foundation’s Resilience Fund, which has helped numerous non-profits continue their missions of serving underprivileged county residents. In addition, $12,500 went to Ferndale Food Bank, with another $12,500 donated to Bellingham Food Bank.

Also during April, Ferndale Refinery partnered with the Phillips 66 marketing team and local 76-branded gas stations, donating 100 containers of hand sanitizer to Whatcom County EOC. Three hundred $5 gas cards were donated to EOC, to be given to volunteers making deliveries on behalf of Bellingham Food Bank.

Several hundred pandemic care packages were also donated to Ferndale Food Bank for distribution, and included bandanas, hand sanitizer, and $5 gas cards. Each zip-locked bag of supplies was also labeled with a friendly message: “We look forward to the day when we can gather together under happier circumstances.”

During the week of May 18, an additional 200 bandanas were ordered for the Ferndale food bank, thanks to the Marketing team.

Tim Johnson, director of Public and Government Affairs for Phillips 66 Ferndale, says the donations reflect long-standing community relationships and support of Whatcom EOC’s vital role during a crisis like the pandemic.

“It’s important to Phillips 66 Ferndale Refinery to support this critical work,” he says. “We are all in this together.” 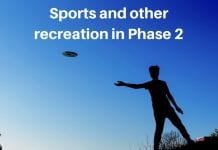 Sports Leagues Are Out This Summer, but Safety Is In! 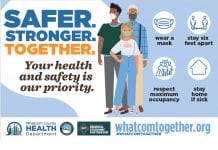 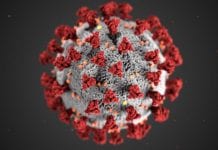