Submitted by Bellingham Festival of Music

The BFM Board of Directors unanimously voted to approve a plan to choose a successor to founder Michael Palmer at its regular meeting, April 15, 2020.

The plan lays out a three year timetable that includes a gala farewell season for Palmer in 2021; a 2022 audition season during which as many as five finalists will rehearse and perform a single program and meet with the BFM family; and the new Artistic Director’s debut season in 2023. In 2024 and beyond, Palmer will be accorded laureate status and all that title entails.

Also approved by the Board was the creation of the Search Committee, which will begin its work in May 2020. The group is composed of members of the BFM orchestra, other musicians and music industry professionals, board members, donors, community members, and WWU family. They will have full authority to conduct the search; to draft the conductor profile; screen the applicants through interviews, videotapes, recommendations, and in person listening; and make final recommendation to the board.

The following have agreed to serve:

Although the Search Committee will have the authority to precisely specify the qualifications of the new Artistic Director, the Board decision stressed the importance of choosing a musician of outstanding quality. “The BFM Orchestra is composed of outstanding musicians from across North America and are accustomed to playing under the finest conductors,” said Board Chair Barry Hembree. “Our successor should be selected from candidates within this echelon, those who are gifted, experienced, and well positioned in the field. The candidate list should also be limited to conductors with current U.S. resident status.”

To maximize time and obtain an optimal candidate list, the Search Committee is directed to conduct a private search rather than a broadcast search, according to the approved plan. It should rely on BFM musicians’ and others’ familiarity with the field and their recommendations.

The Board also approved a draft budget compiled by Treasurer Mary Pat Thuma that allocates funds to cover the costs of the search.

The search process will necessarily rely heavily on the input of the Festival Orchestra musicians, Hembree emphasized. “We want them to be excited, energized, and inspired by the new leader on the podium which, in turn, will excite, energize and inspire our audiences.” The selection process will be conducted in as public and transparent a way as possible, Hembree continued, with the hope that the public will be fascinated and engaged in the search.

About the Bellingham Festival of Music

Nestled between snow-capped mountains and island-studded bay, the spectacular natural beauty of Bellingham, Washington provides the ideal backdrop for the celebration of classical music. Since 1993, the Bellingham Festival of Music has enlivened the summer season with outstanding live orchestral performances and chamber music recitals for Pacific Northwest audiences. Under the artistic direction of co-founder and noted American conductor Michael Palmer, the festival orchestra is composed of some of the finest musicians in the United States and Canada, many of them principals in such illustrious orchestras as the New York Philharmonic and the Boston, Chicago, and Atlanta Symphonies. They are joined by eminent soloists who have included Garrick Ohlsson, Lynn Harrell, Arnaldo Cohen, Vadim Gluzman, Joshua Bell, Jeremy Denk, Frederica von Stade, and Pepe Romero. In addition, the festival boasts a resident chamber ensemble, currently the Calidore String Quartet, which presents recitals as well as participating in community educationa and engagement activities.

Of equal importance to its summer season are the Festival’s year-round outreach initiatives which extend the beauty of classical music to youngsters in the region. Among these programs are masterclasses, and both the Play it Forward Chamber Music Residency and Beethoven in the Schools project which bring music to K-12 classrooms. In 2014-15, BFM also helped kick start the return of the Fifth Grade Strings program in the Bellingham public schools. Two years later, it made another contribution to restart the program in Ferndale schools. It continues its support with the purchase and maintenance of string instruments that allows all students to participate.

The Festival’s artistic excellence has been recognized widely throughout the country, and its concerts and recordings have been broadcast nationally, first by NPR and by American Public Media on its Performance Today show. Among these recordings are the three-CD set of the complete Beethoven Piano Concertos featuring Garrick Ohlsson with Michael Palmer conducting the Festival Orchestra. These performances were recorded live at the Festival on the Natural Soundfields label in 2000.

The recipient of grants from several entities, the Festival has received numerous National Endowment for the Arts grants since 2009—a resounding endorsement of the quality of its performances and the contribution it makes to regional and national cultural life. 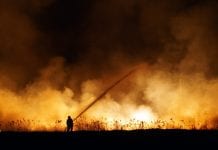 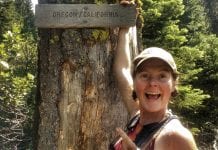 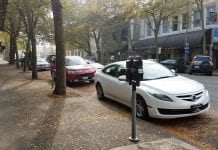