Bellingham is, of course, popular for its spectacular breweries. It’s also known as a community that loves local and strives to support community businesses.

As our area breweries continue to work hard to bring their (delicious) drinks (and, for some, food) to all, WhatcomTalk reached out to find out how to get your favorite growler, crowler, kegs or cans.

122 West Brewing Co. is currently offering 50% off all growler fills and 10% off take-out food. They’re being added to Viking Food delivery service.

Owner Gary Pickering gives two reasons for selling growlers at a such a deep discount during the shutdown. First, he understands that many are out of work and feeling stressed, and decided to make it easier for them to enjoy great craft beer at reduced prices.

“Secondly, most of our beers are best served fresh, so we’d rather let our customers drink them now. This is great for us as it keeps our inventory moving so we can keep brewing great new ones! And we are!”

Pickering can’t wait for business to get back to normal. “In the meantime,” he says, “we hope everyone stays healthy and safe.”

The grandfather of all Bellingham breweries, Boundary Bay offers take-out or delivery of their full menu and to-go beer, Wednesdays through Sundays (check www.bbaybrewery.com for times). You can call or walk in to order, and then pay and pick up from the taproom.

Boundary Bay also offers free beer and food delivery, and are waiving their normal delivery fee. Place orders online at www.bbaybrewery.com/beerdelivery or call and they’ll bring anything from their restaurant menu and beer-to-go options (bottles, cans, crowlers) straight to your door. You can also order via Postmates and Viking Food.

“We’re so grateful for this community,” Boundary Bay’s Aubrey McNeil says. “The rallying of everyone in town to shop local has been amazing, and we’ve definitely felt it ourselves.”

The bistro and taproom may be empty, but the phones have been ringing off the hook and the front door ever-revolving with pick-up guests and drivers on their way out to make a deliveries.

“There’s still a lot to figure out,” says NcNeil, “but this community knows how to rally behind its local businesses—and we wouldn’t want to be anywhere else.”

Chuckanut Brewery has suspended its food to go, but continues curbside service for Chuckanut beer at its North Nut in Bellingham and South Nut in Skagit Valley.

Having just celebrated its first anniversary, FrinGe Brewing in Ferndale is weathering this new reality by remaining open to fill growlers and sell to-go cans. Service continues at the front door with items from their online to-go menu.

Kulshan Brewing’s Sunnyland taproom is closed until further notice, but you can still grab beer-to-go at their Roosevelt K2 location from 12:00 p.m. to 7:00 p.m. They’re also offering free beer delivery within Bellingham City Limits for orders of $30 or more.

Menace Brewing co-owner Joe Jeffrey tells us that, starting March 19, they’re doing pick-up growlers and bottles on site, as well as delivering growlers and bottles. Menace is currently open every day from 3:00 p.m. to 8:00 p.m. Call 360-602-1641 for delivery.

The North Fork Brewery is open for take-out food orders and growler fills. They ask that you call ahead to place your order and try your best not to form a line or gather into a group if you need to wait a minute or two for service. You can still bring your own growlers, which will be sanitized before they’re filled. Find North Fork’s full menu and current tap list on the website.

Stemma is serving to-go beer and offering pick-up at its brewery 7 days a week, from 12:00 p.m. to 6:00 p.m. “Online ordering is working great and an easy way to order ahead,” says Stemma Founder and Beer Maven Jason Harper.

Order online and use the code “3pack” at checkout to get you $3 off for each three crowlers you buy. Stemma staff will then bring the crowlers to your car if you order online, and then call the brewery at 360.746.8385 when you arrive.

Merchandise and e-gift cards are also for sale on the website and gift cards available to pick up on-site. Stemma is offering an additional $20 when a $100 card is purchased and other offers.

“Our hearts go out to our staff that are currently without work,” says Harper. “We’re looking forward to putting this all behind us and are confident that we’ll come out stronger and with a refined focus toward making the best beer possible and loving on our community. Our community has been very supportive to us.”

Stones Throw Brewing Co. is selling to-go options—growlers, squealers, kegs, merchandise, and more—daily from 3:00 p.m. to 7:00 p.m. They also plan to still host and handful of their usual food trucks, where menu items can be purchased to-go from Sage Against the Machine on Thursdays, Back East BBQ on Fridays and  WTF Where’s the Food on Sundays.

Thousand Acre Cider House is still operating in an adapted form, offering online ordering of their entire bottle shop for pick-up, four days a week. They have the largest selection of cider available anywhere north of Seattle.

Thousand Acre Cider House is hosting virtual events on their Instagram feed with live stories at 6:00 p.m. each weekday.

For the time being, Twin Sisters Brewing is taking to-go orders for food and beer every day from 12:00 p.m. to 8:00 p.m. They have a limited menu at a discounted price as well as a few great deals, such as on crowlers and gift cards.

People can call 360-922-6700 to place an order and request curbside pick-up, if preferred, or order in person. Twin Sisters has also partnered with Viking Food for delivery.

The Wander Brew Hall is open every day from 12:00 p.m. to 7:00 p.m. for to-go sales of cans, bottles, crowlers, growlers, and kegs. You can also pre-order beer online for pick up at the Brew Hall. Merchandise and gift cards can be purchased during those hours or online in their webstore. 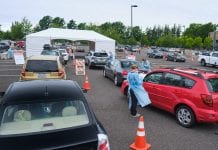 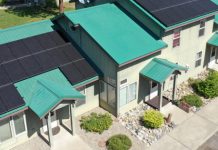 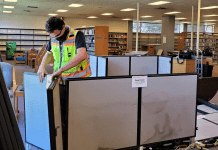 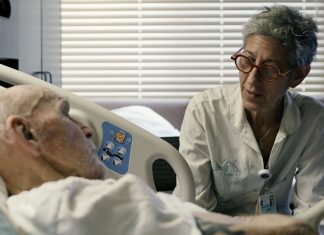 Every day we strive to take steps to improve our lives—in the last few years, more folks have also started talking...

Sip and Support Whatcom’s Vibrant Cider Scene With These 5 Tips...