We all know the towns of Whatcom County—the monikers roll off our tongues like so many other words we commonly speak. We don’t bat an eye at saying the names Ferndale or Nooksack. Yet, for many around the region, our familiarity with these towns’ histories begins and ends with their names. Few know how Bellingham got its name, fewer still know what Sumas means.

I decided to dive into a handful of area town names and learn how they came to be. While not all the town names of Whatcom County are listed, consider this an apt starting point for all who love the recent history of our area.

Please note that I mean no disrespect toward the native peoples who called our region home for thousands of years before these current names were given.

The history of the name Bellingham is rather bland, as far as place names go. In June of 1792, Captain George Vancouver named the bay for Sir William Bellingham, the controller of the storekeeper’s account of the Royal Navy. One fun fact about this town name is that Sir Bellingham never saw the Pacific Ocean, nor the town named after him. While the first town on the bay was originally known as Whatcom, named so after a native word meaning “noisy water,” the towns around Bellingham Bay took on new titles. It wasn’t until 1903 that all the towns along Bellingham Bay merged into one community, all using the moniker of Bellingham.

Twenty-five miles northeast of Bellingham sits the small town of Sumas. The Nooksack Tribe, who called the region home for millennia, called the area “Sumas,” which translates to “land without trees.” It wasn’t until 1872 that the first European settlers arrived in the region, and another 10 years before the area became a town. Originally called Sumas City, the town was incorporated on June 18, 1891. In that same year, the town became a huge railroad hub for three railroad lines, growing in population to over 2,000 residents before losing steam during the economic depression of 1893 to 1897.

Lynden is located just five miles south of the Canadian Border and is well known for the Dutch influence apparent in the area. Originally known as “Squahalish” by the Nooksack Tribe, the town of Lynden was named in 1873, when it received a post office. The name was given by Phoebe Judson, picked from a line in a favorite poem, “Hohenlinden,” by Thomas Campbell, which begins with the line: “Oh Linden, when the sun was low…” It is said that Phoebe changed the “i” to a “y” simply because she believed it looked better. Why was Phoebe chosen to name the town? She was the first Euro-American woman to settle in Lynden, earning the nickname “Mother of Lynden.”

For some, Nooksack is just another small town you quickly pass through on the way to the mountain. However, at one time, the town had big goals, as it was connected to the national train network. Sadly, fires seriously damaged the community of Nooksack in the early years of the 20th century, forever stunting its growth. The town’s name was given to honor the local tribe of the region, the Nooksack and is said to mean one of two things: either a name for mountain men, which was given to the Nooksack peoples by the tribes along the coast, or it was named after the noot-sa-ack, which were bracken ferns that served as important part of locals’ diets.

The town of Blaine, known for its motto, “Where America Begins,” has a rather simple town name origin story. In 1858, the area was settled and called Semiahmoo, after the Salish Indian tribe who then inhabited the region. The town of Blaine became a city on May 20th, 1890, named after James G. Blaine, a U.S. Senator from Maine, a secretary of state, and an unsuccessful Republican presidential candidate. Blaine is best known for its Peace Arch and for being tucked right up against the Canadian border, but was populated in the mid-19th century by settlers hoping to find their fortunes in fishing and logging. At one time, this community was home to the world’s largest salmon cannery. This cannery was in use until 1980, when the area was purchased by a development corporation.

First settled in 1872 by Europeans, the town has had two names. Originally, it went by “Jam,” due to the community’s close proximity to a huge jog jam on the Nooksack River. The name was then changed, supposedly by a teacher at the town school, to be something more intriguing and poetic. The name Ferndale is said to originate from the tall ferns that surrounded the schoolhouse building. Today, Ferndale is one of the largest towns in Whatcom County, but I’m sure not all of its residents know it was once called Jam. 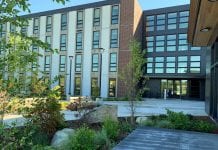 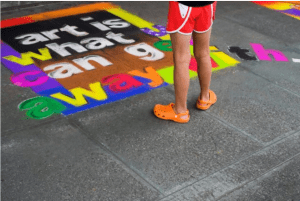 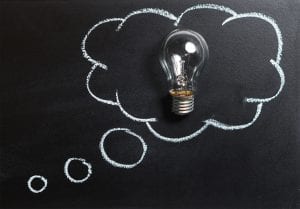