If you’ve lived in Whatcom County, Washington, you know how our economy and businesses can be affected by the Canadian border. That’s the reason the Bellingham Regional Chamber of Commerce has a Cross Border Committee. It’s important for cross border businesses, legislators, educators, and government to communicate and collaborate.

We have heard that some employers find it increasingly difficult to find qualified employees through the H1B VISA program. This is resulting in some U.S. companies either moving to Canada or opening offices in Canada to attract highly qualified, diverse employees. They can’t wait on U.S. immigration policy.

Besides immigration policy, Whatcom County businesses can also feel the effects when fewer and fewer Canadians drive south to eat, shop, play and spend the night in Whatcom County.

The southbound Whatcom County border crossings, in general, have seen an overall decline since September 11, 2001. There have been upswings over the years, but the cumulative decline is noticeable. However, use of the NEXUS program has increased. In fact, Trautman said that the Whatcom County border crossings have the highest NEXUS usage in the country.

Every five years the BPRI surveys southbound border traffic for how long they are staying in the U.S., where they’re going, what they’re doing, how frequently they travel to the U.S., and a number of additional questions. Their recent survey was in June and July of 2018. Nine percent of those drivers were headed to Whatcom County to pick up mail, stating that it was less expensive to buy certain products online from the U.S. and that there is a greater variety for products available in the U.S.  With the increase of mail services, conversely, Whatcom County retailers have seen a decline in traditional shopping.

With online shopping on the rise while traditional shopping in decline, Whatcom County isn’t exempt from the Amazon effect. 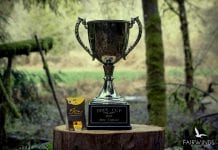