We were so innocent that we believed it was the war to end all wars,” says Betty Hickman of WWI. “Even as a very little child, I remember just absorbing the mood of the older people; practically everyone really believed that it was the last war. That’s partly why they made such a big to-do over it. The mayor spoke in every little town. There were parades, marching, fireworks in the evening – a big deal.”

And when Armistice Day happened, it was “the end of wars; we’d never have another war,” she recalls.

Hickman was born on November 11, 1918. This was the day the Allied powers met with Germany in Rethondes, France, to sign a ceasefire agreement to end WWI. She recently celebrated her 100th birthday on the 100th anniversary of Armistice Day.

The celebration was an affair to remember, held on November 11 at Solstice Senior Living in Bellingham, where the centenarian resides. The Lynden Veterans of Foreign Wars Post 9301 performed a flag folding ceremony, describing what each of the 13 folds represents. Afterward, Post Commander Lonnie Rose gave the folded flag to Hickman.

The event was designed to honor her and all veteran residents of Solstice Senior Living. Each veteran introduced themselves and shared their branch and dates of service.

The gathering concluded with birthday cake decorated in American red, white and blue, shared by dozens of family and friends. It was a fitting celebration for this important occasion and a fun addition to the history of this monumental day.

In 1954, Armistice Day was renamed Veteran’s Day to celebrate all veterans. Today, Armistice celebrations aren’t as far reaching, and most people aren’t aware of the holiday’s origins.

In the years following, “the country became disillusioned about the number of wars: Korean, Vietnam, Afghanistan. It’s asinine,” says Hickman. “[Back then] people really truly believed wars were over.”

Hickman has seen a lot in the last 100 years. “I was born in Indiana and my mother’s family was in Redlands, California,” she recalls. “In 1918, when I was a very tiny baby, my mother’s sister died from the flu. So we came out [to Redlands] and got snow bound in the mountains. The train was full of young sailors who were coming out to be discharged from the navy.”

The sailors were enamored with her as a three-month-old baby. They covered a cigar box with paper and each signed it, filling it with pennies for her when she got older. It was eventually lost but Hickman wonders if she’d recognize any of the signatures on the cigar tin years later, if it ever turned up.

During WWII, Hickman was a housewife and mother. “My husband was never drafted, partly because he had a family, partly because he worked for an aircraft company and the service told him they needed his airplanes worse than they needed his body,” Hickman says. “He never served in the military, but everybody else did, it seemed. They took the fellows that didn’t have families first.”

During WWII, Hickman’s mother served by distributing supplies in the Air Force. It was a new era. Women were going to work – some for the very first time. “That was a big break in our time,” Hickman recalls. “Women didn’t used to think of going to work as an option.”

Growing up, Hickman was valedictorian of her high school class of over 700 graduates. She left college to get married and have children. When her children were old enough to enroll in elementary school, she felt a calling to go back and learn to teach.

Hickman was offered a full ride scholarship to Pepperdine University. She held her scholarship with exemplary grades, even with three young children at home, and went on to teach 5th grade. She later became a reading specialist helping children that were struggling with reading in the second and third grades.

“There were so few women in college, but the war and Rosie the Riveter changed all that,” she says. “Now women can run things – but not in those days.”

This was just one difference. “There are many, many things we have now that we didn’t have then,” she says. “We didn’t have an electric refrigerator until I’d been married quite a few years.”

But Hickman is open to the changing times. “We old people traditionally think our way was best, but we’ve got to go with progress,” she says, adding, “but not all change is necessarily good.”

“She’s so remarkable; I just love her,” says Cathy Baldwin. “I wish she was my mother-in-law.” Baldwin met Hickman 40 years ago and is married to Hickman’s nephew. “She has such great life experiences. She was a little ball of fire. Nothing could stop her from getting things done.”

Hickman is also a poet, who writes about “funny observations on life,” as she describes it.  She’s a published author of a poetry book called Such is Life and has donated all the proceeds to scholarships for women through the philanthropic education organization founded 200 years ago.

Hickman moved around quite a bit as a child, but settled down for most of her life in the Los Angeles area. Two years ago, Hickman’s oldest son and wife – also retired school teachers – asked her to move to Bellingham to be closer, and she did. She loves Bellingham and enjoys living at Solstice Senior Living.

Hickman spent her 100th birthday with friends, relatives and people she hasn’t seen in 20 years. “I don’t deserve this much attention,” she says humbly. 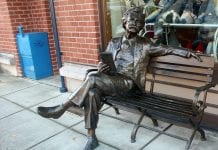 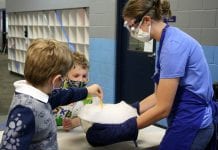