On Wednesday, August 15, Peoples Bank will release 173 piggybanks containing over $5,000 in cash. The campaign, “Pay It Forward Pigs,” is designed to raise awareness about the importance of saving while encouraging people to “pay forward” acts of kindness. Scattered near Peoples Bank branches in Chelan/Douglas, Island, King, Skagit, Snohomish and Whatcom counties, each pig contains $30; $15 for the finder and $15 to make someone else’s day better. Clues for where the pigs are hidden will be shared on the Peoples Bank Instagram account (@peoplesbankwa) and many pigs will be placed in plain sight.

“Helping our customers reach their financial goals while giving back to the community has been a central part of Peoples Bank’s ethos since our first branch opened in Whatcom County nearly 100 years ago,” said Michelle Barrett, Chief Retail Banking & Marketing Officer. “‘Pay It Forward Pigs’ is our way of highlighting the importance of both saving money and helping each other. We want to support the communities that have supported us because we value them, and because it is the right thing to do.”

Anyone who shares a photo and short explanation of how they paid forward an act of kindness, whether they find a pig or not, is eligible to be entered to win the grand prize of $500, which includes $250 for the winner and $250 for the charity of their choice. Photos must be shared on Instragram tagging @peoplesbankwa or can be submitted using the form at http://www.peoplesbank-wa.com/pigs. The grand prize winner will be announced on September 7, 2018.

It is Never Too Early to Start Saving

According to a study released earlier this year by GoBanking Rates, approximately 14 percent of Americans have nothing saved for retirement, and 42 percent have less than $10,000 put away, putting them at risk for retiring without being able to cover annual expenses. The Bureau of Labor Statistics estimates adults 65 and older spend about $46,000 a year, on average, putting many older Americans in financial jeopardy. The study also found that nearly 20 percent of millennials have nothing saved for retirement. In Washington state, 32 percent of residents have $0 saved, and nearly half have less than $1,000 saved. 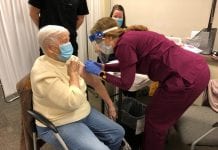