Nestled in the upstairs nook of Community Food Co-op, Kevin Coleman and I listen intently to the inspiring story of how the CASCADIA International Women’s Film Festival (CIWFF) first started. Carefully dipping her lemon ginger tea bag into her mug, Executive Director Cheryl Crooks passionately explains the humble beginnings of the festival based on the vision of founder, Polly Miller.

Initially wanting to join the Toronto Film Festival with a Bellingham event, the members realized uniting organizations and crossing borders would be too complicated. So Polly and a small group of individuals decided to start a separate film festival using Toronto as a model. “We were able to then create our own identity as a film festival in Bellingham, for Bellingham,” Cheryl explains. “Within a matter of months we got our non-profit status, created by-laws and did a market analysis on our names. We felt CASCADIA was a powerful and beautiful name. We are also partnering with the New York School of Visual Arts (SVA), co-founded by one of our CASCADIA co-founders, Everett Aison. SVA really supports us with our goals of advocating for women directors. We have so many interested parties internationally that have a huge impact on how well attended this second annual film festival will be.”

Not only is Bellingham passionate about supporting and promoting women directors, but it’s an ideal place to host a film festival. “We have the mountains, bay, trains, airport and we are perfectly situated between two major cities,” Cheryl says. “We are accessible and beautiful. Bellingham and Whatcom County have so much to offer – why not open it to filmmakers and film enthusiasts?”

Amy McIlvaine, President of CIWFF, notes the importance of providing a voice to all women across the world, “What drew me in from the beginning was my own experience on Wall Street in the 80s. I had #metoo moments every day all day long, so I wanted to look at those small hurdles that are there that not everyone recognizes. In the film industry, these obstacles for women prohibit them from sharing their stories – like access to good scripts, opportunities to direct … there’s not many women cinematographers, so those points of entry aren’t really there. It’s even more so for women of color or from marginalized and silenced communities.”

Amy emphasizes that this festival isn’t just to show women’s films but to say, “‘Hey, look at these amazing films that also happen to be directed by women.’ It’s important that these voices and perspectives are heard.”

Both Amy and Cheryl emphasize that CASCADIA is not “chick flicks,” but rather amazing films directed by women that span the human experience. “We want to build a community for women to find mentors and points of entry,” Amy says. “We want to build capital and access for women, to show films and give the opportunities for distributors to pick those films up, and to get feedback from the audience.” Many times directors like these were exiled from their countries in order to tell the truth about what’s actually happening, making it even more important for these stories to be told.

To help achieve their goal, CASCADIA is bringing in former president of the Academy of Motion Picture Arts and Sciences, Cheryl Boone Isaacs. She is a strong advocate for women and for people of color in the industry. You may remember her from when the Oscars were boycotted by many people of color with the hashtag #Oscarssowhite and several decided to engage in humanitarian efforts instead. It’s important for us to build and embrace diversity and inclusion in this festival and it is an honor to have Cheryl Boone Isaacs attend. This is a big step for Bellingham and CASCADIA.

When I asked the question, “How can Bellingham support this festival?” I was given very specific answers. There are several ways:

Small investments really have impactful outcomes. Whatcom County film goers can support these directors by attending a film by a brand new director, like the movie “Women of the Silk Road” directed by a woman from Iran who can’t have her story shown or promoted there. Many opportunities can arise from that $12 investment including feedback from the audience, validation for her work and a sense of confidence that people care about the issues these directors put forth. It’s a small, intentional act that could really impact these directors’ work and creative visions.

Setting up scholarships to help a director come to the festival is another CIWFF goal. Women from Iran, Afghanistan and even the U.S., who might not have the $15 submission fee, could receive a scholarship, thus providing yet another voice that might not otherwise be heard. If we don’t see it, we won’t know the story.

Underwriting hotels and setting up partnerships so that directors have a place to stay is another way that local businesses can support the directors and the festival.

Serve on the board

If you are passionate about good film making and/or a business owner that wants to be more involved in the community, then CASCADIA could be the right cause to support.

How else might you engage with this fabulous community project and advocate for films by women directors? Check out the CASCADIA website and all the fabulous films. The 2nd Annual CASCADIA International Women’s Film Festival will be held from April 12-15 at the Pickford Film Center. There will be a special pre-festival event on Wednesday April 11 on the WWU campus as part of the Reel World Series presented by the Institute for Global Studies. That film is open to the public and free of charge. 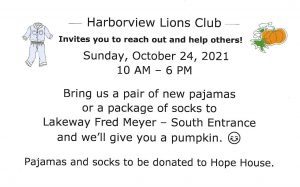 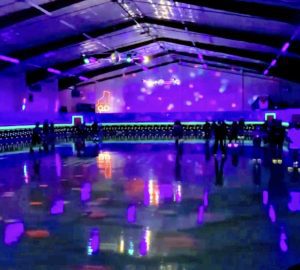 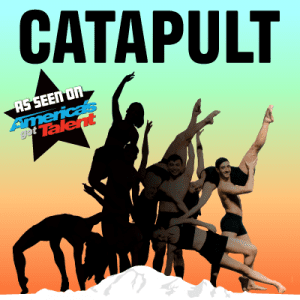 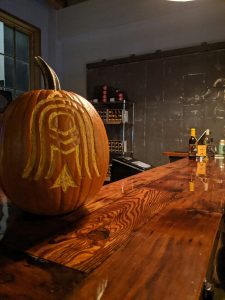 In honor of Halloween and other local happenings, our next trivia will be spooky-themed. Come enjoy a glass of mead and test your knowledge.
View Calendar