Often we take urban design for granted. Policies, codes, and zoning as well as public input create the streets, avenues, and buildings that make up our unique cities. In the case of Bellingham, Railroad Avenue wasn’t always a quaint row of eateries. And Old Fairhaven was once a hippie playground of crumbling brick buildings. And as I write this article, Bellingham remains under transformation around downtown, the port, and the Aloha Motel site, just to name a few projects.

City planners are often passionate organizers and arrangers of towns and cities. The City of Bellingham planners address safety, the environment (not just how we work and live in it), retaining the historic character, and transportation (how we get to and from work or play).

Meet Darby Cowles, a Senior City Planner with the City of Bellingham. She graduated with a B.A. from Huxley College (Western Washington University). And while she says that she doesn’t have any particular project to mention, she has played a role in the larger picture of Bellingham’s urban design.

Like many community-oriented people, Darby discovered city planning while she reviewed her career options. “I’d graduated from Western with a degree in Environmental Policy and was working as a bartender at the Longhorn Saloon in Edison, trying to figure out what to do next. I bought a book. It was called something like Environmental Careers for the 21st Century. One of the sections focused on a day in the life of an urban planner. My heart was racing as I realized there was a field where the disciplines of science, politics, policy, sociology, health, facilitation, economics and others converged.”

Fueled by her inspiration, she volunteered with the Whatcom County Planning Department in 2002. And since that time, she has risen to the senior level with the Planning and Community Development Department. She has been instrumental in encouraging the public to get involved with the redevelopment of downtown in particular. “One thing that’s the most interesting to me as a planner is our responsibility to balance the public interest with the rights and desires of the individual. It can be challenging, and also extremely rewarding, to find that common ground,” says Darby.

She encourages public input with the redevelopment of the Aloha Motel site, a once controversial area of town that garnered articles in the Bellingham Herald for several years. When the city demolished the motel, many people saw this as a victory, especially for the development of the Samish Urban Village.

“The City issued a Request for Proposals last year and, with City Council approval, entered into negotiations with the Bellingham Housing Authority to sell the property for redevelopment into a mixed-use, multi-story anchor project. There was a public notice and hearing and presentations to several neighborhood associations, but the community will really be asked to engage in the details once the design review process is underway.”

As Darby and I toured downtown, we discussed the myriad of ways city planners impact the way we use a city block or even a particular area of town. Darby mentioned that she would like to see a retail district that would congregate stores in one easily accessible area.

When we ventured on Railroad Avenue passing by the popular eateries and then onto Holly Street heading north, Darby mentioned improvements made to a once seedy section of town. We passed by the Pickford Film Center where Darby posed near public art. And then we wandered through the arts district which also includes The Whatcom Museum, Lightcatcher, Make.Shift and a new art space (old laundry building), opening on Prospect Street next door to Sculpture Northwest.

I ask Darby what makes a healthy community. Darby responds, “I envision a place where there are opportunities for everyone to make some sort of livelihood in whatever way is most fulfilling for them; and a place with numerous opportunities for informal gatherings and ways to connect in a positive way with strangers and friends of all ages, backgrounds, and abilities. And a place where the choice to travel by foot, chair, bicycle or bus is supported and made simple; a place infused with art and unsuspected exposure to all kinds of musical and cultural surprises, where fresh healthy food and clean water is available to everyone.”

And when asked what makes a city sustainable, Darby responds, “I think the UN was on the right track with the idea of providing for the needs of the present without impacting the ability of future generations to meet their needs. And, to me, that means future generations of all living beings, not just humans.” 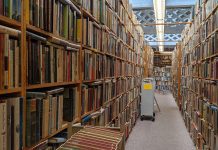