Award winning Chuckanut Brewery at 601 W Holly in Bellingham has started construction on a production facility at the Port of Skagit across from the Skagit Airport! Chuckanut will continue to brew and serve its fresh American cuisine at the Bellingham site but the new Skagit facility will brew larger quantities of Chuckanut’s most popular beer styles. There will also be a beer hall for drinking Chuckanut beer, and the ability to purchase party kegs, growler fills, and bottled beer to go.

The current brewery in Bellingham has been at capacity (over 2,500 bbls of beer) for some time. It has taken two years to find a new production site where a larger facility could be built. Through the help of the Port of Skagit, EDASC, Washington Federal Bank and an SBA loan from Evergreen Bank, Chuckanut is now proceeding on its new brewery. Estimated time of opening is Spring 2016.

Chuckanut Brewery’s Skagit facility (South Nut) will be an 8,000 square foot building designed by Arbour North for brewing, offices and beer hall. The capacity at South Nut will be eventually be capable of producing up to 13,000 bbls of beer with room for bottling. A beer garden will be located on the property with outside seating and activities during summer months. The smaller Bellingham (North Nut) will continue in its present form and be used for small scale, research, and specialty beer production. South Nut will focus on the flagship beers Pilsner, Kolsch, and other styles needed in larger quantities.

Chuckanut’s South Nut is located in the Innovation Zone at the Port of Skagit where Skagit Valley Malting Company, WSU Bread Lab, Skagit Valley College Brewery Program facility and other businesses are currently located. The Innovation Zone is being created by the Port of Skagit in partnership with the farmers of Skagit as part of a more sustainable future. The Zone will be a hub of activity between seed developers, farmers, maltsters, bakers, distillers, and us, the brewers! There is room for growth beyond the current planned facility on an additional 1.5 acres of adjacent property.

Chuckanut Brewery and Kitchen, located at 601 West Holly St, was awarded the National Small Brewpub/Brewer of the Year 2009 and National Small Brewery/Brewer of the Year 2011 at the Great American Beer Festival in Denver, CO. The full service “Kitchen” is open daily at 11am to guests of all ages with an eclectic fresh local menu. Bar specials include: Family Friendly HoPPY Hour Sun-Thurs 4-6pm, Monday Night $3 Pints, Kolsch Night Tuesday’s and more. Check out additional information about Chuckanut Brewery and Kitchen at our website. 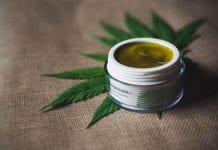 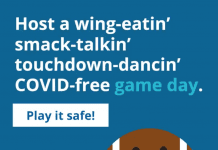 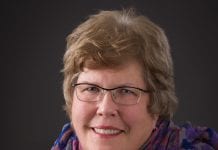